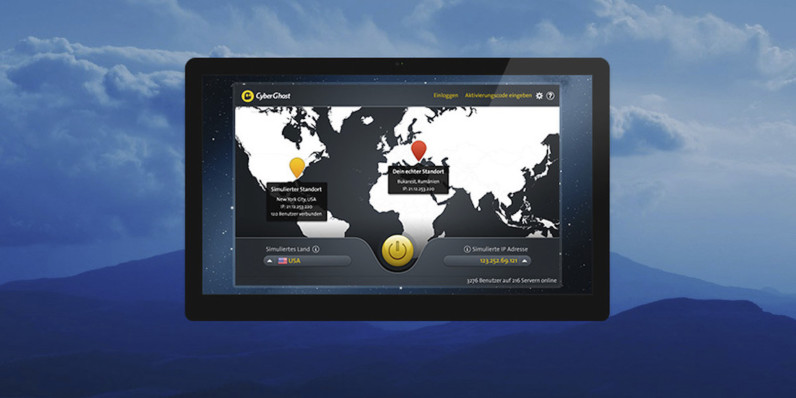 Only VPN users know the peace of mind that comes with establishing an encrypted, secure internet connection, immune to hackers, prying eyes, and data caps.

In today’s hacker-heavy world, an unsecured Wi-Fi connection is essentially an open invitation for malicious meddlers to steal your sensitive information, resulting in potential identity theft, a labyrinth of financial difficulties or worse.

Thankfully, CyberGhost VPN does all that and more – and a three-year Premium Plan subscription is now a full 80 percent off from TNW Deals.

GhostVPN boasts over 7.5 million users, with over 10,000 five-star reviews on the Google Play store.

Eliminate concerns over surveillance, snooping bosses, geographical restrictions and more with one of the web’s highest-rated VPNs, and you’ll soon see why PC Mag praises CyberGhost VPN as:

the VPN service you’ve been looking for.

GhostVPN also offers the added benefit of unblocking geo-restricted content from all over the globe, meaning you’ll be able to watch the latest Game of Thrones episode no matter where you may be in the world.

You’ll also free yourself from the invasiveness of annoying ads as you enjoy unrestricted, anonymous web use with unlimited bandwidth.

You can even use CyberGhost with individually configured direct-to-system connections, with additional support of native OpenVPN, IPSec, L2TP and PPTP.

The fight for online privacy has never been greater. Security is of paramount importance, and the advantages of modern technology offer ways to securely safeguard yourself against data attacks.

Read next: Apple might soon build walkie-talkie headphones for talking to people around you