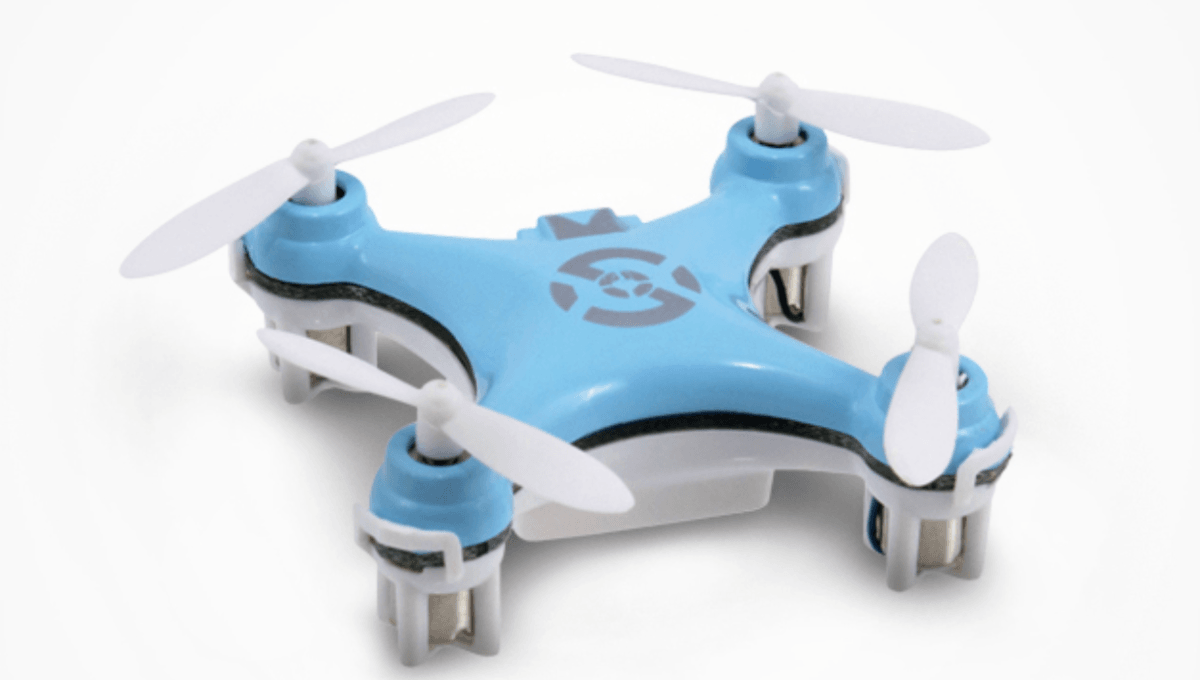 This tiny quadcopter is small enough to rest on the tip of your finger, and can easily maneuver through small spaces with acrobatic finesse – and with eight frequency points, it won’t disturb or crash into its fellow aerial vehicles, so you can command your own flying army of microdrones!

For a limited time, TNW readers can get one for just $19.99 plus free shipping to the continental U.S. – that’s 50 percent off MSRP, the lowest price on the web.

The Ultra-Stealth Nano Drone offers a gentle learning curve, so even if you’ve never flown a drone before you’ll be stunt-flying in no time. It boasts Ready to Fly Technology (RTF) with enough sensitivity to allow users to easily control the drone even in the tightest spaces.

With a six-axis flight control system as well as adjustable gyro sensitivity, you’ll soon learn to effortlessly spin, flip, do aerial dives. Pair it with others to fly in a pack!

For such a tiny device, the Ultra-Stealth Nano Drone packs a huge amount of fun. Get one for $19.99 today from TNW Deals.

The world’s smallest camera drone takes fun to new heights with 2GB memory for your high-flying aerial video action! Give your friends some UFO speculation fun with the drone’s included LED lights, perfect for night flying.

Read next: Elmo, Big Bird and the Cookie Monster get into venture capital