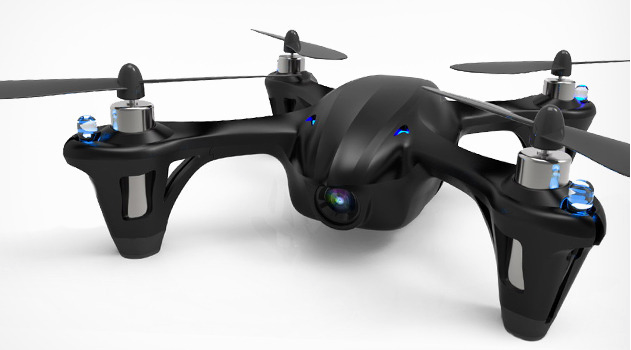 Are you ready to master the skies with your own stunt-flying, aerial-view shooting fun? These drones at TNW Deals are all under $100, meaning you can get airborne without breaking the bank.

As the name suggests, the SKEYE is a tiny palm-sized quadcopter, but its cute appearance belies impressive functionality. It has full six-axis stabilization, and nimble controls that can be adjusted with three levels of sensitivity. It can also pull pre-programmed flips, and it has a rotor guard to prevent mishaps. You can currently pick one up for $34.99, with free shipping to the US and internationally.

While the Code Black is also palm-sized, it drops the cute in favor of a sleek, Batmobile-like exterior, complete with glowing blue lights. It has the full complement of six-axis gyro stabilization, with two flight modes, and four pre-programmed flips. It also has a rotor guard, and charges via USB. The reduced pre-order price of $99 includes shipping to the Continental US, while international customers can get the same deal for $109.

Like its slightly smaller brother, the SKEYE Mini is palm-sized. However, this version comes with a few extras, the most notable of which is an in-built HD camera. The 720p footage is stored on the included 4GB memory card, and you can take photos, too.

The Mini also has LED lights for night-time flying, along with six-axis stabilization, and controls that offer the precision to let you pull barrel rolls. You can pre-order the SKEYE Mini now for $69.99, with free shipping to the US and internationally.

If you’re looking for something a bit more imposing, this UDI offers the same kind of features as the smaller drones above, but with the addition of a high-capacity battery pack. This allows it to soar for up to nine minutes on a full charge. It has six-axis stabilization, precise controls, flight modes, HD camera, and LED lights for capturing video and stills, while this deal gives you a pack of extra parts in case of newbie accidents/over-ambitious stunt piloting.

The UDI is $89.99 on pre-order, with free shipping to the Continental US.

The all-white Snowflake might just be the best of these drones in terms of pure aerial ability. Although it is tiny, it has impressive stabilization and proportional controls that make for smooth flips and rolls. It also has a high-speed mode for outdoor racing, along with 2.4 technology to avoid collisions with other drones. It is made from durable ABS plastic, with rotor guards and parts that can easily be replaced.

You can order the Snowflake now for $39.99 with free shipping.