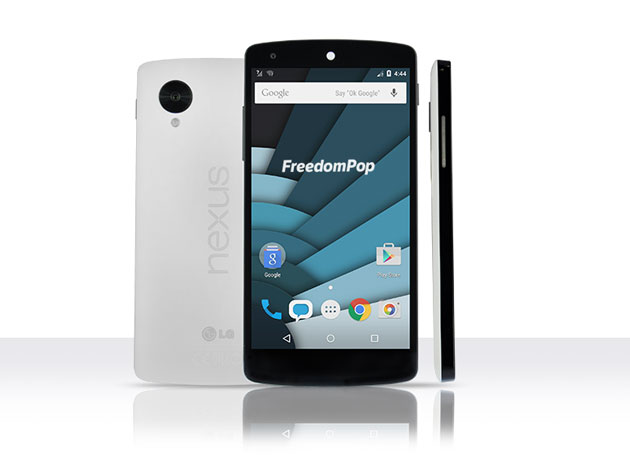 One of our most popular deals ever, we’ve now got the White version of the Nexus 5 available with 1 year of talk, text, and data available for just $199. Many consider the Nexus 5 one of the best smartphones ever made – get it now at an incredible price.

Google’s version of Android is a great mobile operating system, and the Nexus series of phones matches it with great hardware. In particular, the Nexus 5 offers high-end looks and specifications at an affordable price. It runs on a 2.26 GHz quad-core processor and 2GB of RAM, powering a pixel-packed 1080 × 1920 display. It also sports an 8MP rear-facing camera, a 1.2MP front-facing camera, and a battery which can last for thirteen hours of talk time.

Over at TNW Deals, it is currently being bundled with FreedomPop, a wireless service with generous allowances. It offers unlimited texts and calls, along with 500MB of 4G LTE data each month, and there is no contract or early termination fee. Other features include voicemail, tethering, and usage alerts.

Together, a certified pre-owned Nexus 5 and one year of FreedomPop service is $199.95, with free shipping to the Continental US. The deal takes 65 percent off the standard price for a limited time, so if you’re looking for a new phone, you should check it out.

Read next: Pixelmator for iPhone is on the way this month [Update]