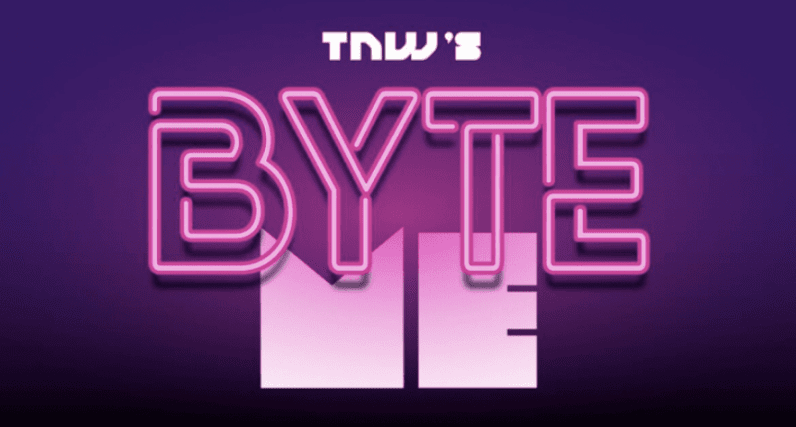 Sorry, we’re late this month. Since we last spoke, Anouk went to Thailand, Cara trained with Chelsea FC, and Georgina started her new role as *editor + content creative.* WHO SAYS WOMEN CAN’T HAVE IT ALL???

Each month, our gloriously gifted designer, Saïna, illustrates a weird comment or tweet we receive from one of TNW’s misogynistic, or just funny, readers. Here’s the latest:

that’s what she said: are trigger warnings helpful or harmful?

For this month’s that’s what she said, we’re discussing the benefits and drawbacks of trigger warnings, and when they should be used. We’ve linked to our full discussion here, and included the TL;DR below…

Georgina: Maybe good to start with a quick definition. Trigger warnings are like warnings or labels you put on movies, music, lectures, books, etc, to let people know that there is a topic covered that’s distressing. The biggest, or most talked about, example is sexual assault.

Cara: I haven’t seen trigger warnings hiding sexual assault online since that violates guidelines on social media. It’s more like animal abuse to raise awareness, that I’ve seen. Can you send an example of an IRL trigger warning?

Georgina: The biggest example in my experience was in university. When there was a lecture that discussed sexual assault, professors often give trigger warnings at the start. This turned into a huge discussion because some people felt like it dampened intellectual discussion by allowing people to excuse themselves from class. Some also argued that “you can’t have a trigger warning for life,” because life is upsetting and you will have to deal with confronting material.

Anouk: Isn’t talking about it beneficial though?

Cara: I’d argue yes, but depends on the situation. If it’s something that was fresh, or their still dealing with, it can be traumatizing. I think it’s about finding the balance with talking about horrible situations like assault and not treating it like a taboo.

In this section, we ask women much smarter than us about the best and worst piece of professional advice they’ve ever received. This week we’re asked Dr. Jen Gunter, the OB/GYN, pain physician, NYT contributor, and social media activist — she’s also known as “Twitter‘s resident gynecologist” and the “Joan of Arc of Vaginas.” Rad. Read our full AMA with her here, where she discusses vaginal health and why you shouldn’t tan your anus.

The best?
“The best professional advice I ever received was about my writing, that I should “write like I speak.” When I first started writing I used a “professional” tone and A) it wasn’t me and B) it was boring. Someone pointed out I explain things so well in the office or to friends and why don’t I try writing more like I speak. I hope that also helps people see that I am authentically being me.”

The worst?
“The worst was to act like the guys. Starting medicine in the 1980s we were very much encouraged to be like the men, and the implication was everything about me was wrong. How I dressed (goth-ish), laughed etc. But again I think it gets back to authenticity. People want that, I certainly do. Having had two veery sick children I know that knowing their doctors are real people and not automatons is a source of comfort. I feel my concerns will be treated differently.”

oh I loved her in Fleabag https://t.co/zzszGZ8I9I

word of the month: oxy-bro-on

This month’s ‘word of the month’ goes to the bros out there. Just like us femspirators who need and deserve our own vocabulary, so do they.

So here it is: oxy-bro-on. It’s like an oxymoron, but for men with big egos and tiny peens. For those of you who didn’t pay attention in English class, let us refresh your memory. An oxymoron is a combination of words that contradict each other, such as a ‘silent scream,’ or a ‘small crowd.’

Now, picture the bro-y-ist bro you can think of (we’re gonna go with Dan Bilzerian), channel his highly problematic boyish charm, and try to come up with some oxymorons of your own.

We’ll help get you started:

Great! We love sexist wordplay! Here’s how an oxy-bro-on is used in a sentence:

“Chad had heard about ‘stay-at-home dads,’ but figured they’d only exist in Portland and Sweden.”

“‘This is Linda, she’s an entrepreneur from Boston’ said Bob. ‘So… like a prostitute?’ Nate answered with a puzzled look on his face.”

Read next: How Netflix uses psychology to perfect their customer experience