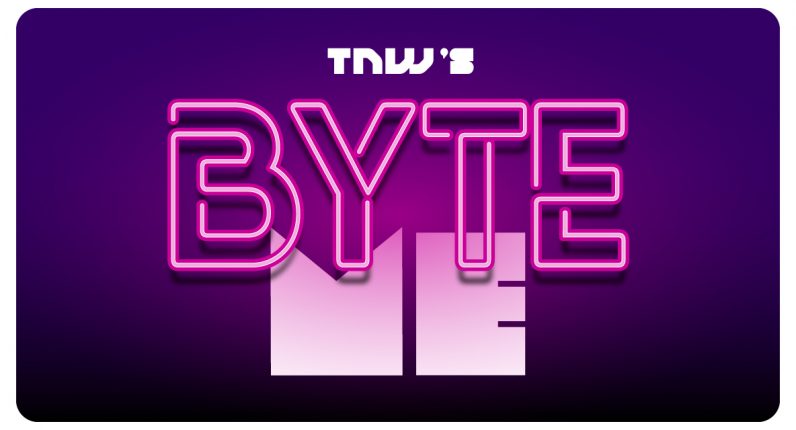 Welcome back to Byte Me, our newsletter…

And whoever else wants to read it.

Today, we talk about genderless voice assistants, NASA being shit, and what the fuck happened during the Byte Me launch.

Hey @Barclaycard – it’s 2019! How come I can’t be both female and a doctor?! #everydaysexism #everydaymisogyny pic.twitter.com/MJ5rqR17DP

ive had a lot of good things happen to me on this website but a man digging up my wedding picture to prove i’m not seven and a half feet tall is by far the best pic.twitter.com/SlD6TIg7Px

HOW do i feel about $300 denim panties, you ask? well i’ll tell you how i feel. utterly and thoroughly chafed pic.twitter.com/YYQ9v5dZ6b

that’s what she said: what is Byte Me?

For this month’s that’s what she said, we discussed the criticism of Byte Me, and what we want this newsletter to be. It’s a bit self-involved, but it’s our newsletter and we do what we want.

Unfortunately, it’s too long to be copy-pasted in here (sorry, we’re women, and we all know women talk way too much), but you can read our discussion here.

In this section, we ask women much smarter than us about the best and worst piece of professional advice they’ve ever received. This month’s is from the author of Broad Band: The Untold Story of the Women Who Made the Internet and lead singer of YACHT, Claire Evans, who hosted a TNW Answers session with us last week.

Best? “A friend once told me, when I was hemming and hawing about a job opportunity, that only *you* can determine how much you are worth. I’m guilty of undervaluing myself in order to be accommodating — not asking for more money, saying yes to things I don’t really want to do — but ultimately I know that you don’t get what you don’t ask for in this world. Especially if you’re a woman.”

Worst? “I had a boyfriend in college who told me it was unrealistic to think I could ever make a living as a writer and advised me to get a more practical degree. On paper, he was probably right — it’s hard out there for journalists, especially freelancers — but even at 18, I knew that kind of attitude can become a self-fulfilling prophecy.”

By the way! On April 10th, the President and COO of AnitaB.org are joining us to host a TNW Answers session! You can ask them ANYTHING on gender equality in tech, their project to create 50/50 parity by 2025, and how to handle gender gap deniers. Send in your questions now.

Nearly Half Of Men Fatally Unable To Use Google https://t.co/pcTzUnQkXQ

Technically not a word, but who cares. You’re not the boss of us. What does it mean?

Ugh, you know it’s bad when Wiktionary gets involved. So Men Going Their Own Way.

Where are they going? Dunno, Bass Pro Shops? American Golf?

We can do better than that. Let’s reclaim MGTOW.