Step aboard and buckle up, partner — because it’s story time.

My first properly close encounter with an electric vehicle was back when BMW launched its i3. I remember seeing that car roll silently onto the showroom floor, thinking it was some kind of personal transportation system from the future.

As interested drivers sashayed into the showroom on the opening night of the vehicles reveal, one question seemed to echo across the space more than any other… “How long will it last?”

On speaking to the group of esteemed guests, it became clear they were actually referring to two things: range, and the useable life of the battery.

When it comes to range, how much your EV has depends on the type of electric vehicle itself, and how big its battery pack is. The bigger and heavier the EV, the poorer its range will be when compared with a lighter and more aerodynamically sleek vehicle — assuming both cars have the same size battery.

EV batteries are rated in kWh (kilowatt hours). This is how much electricity they can store, check out this handy explainer for more on that. But as a general rule of thumb, the bigger the battery pack, the more range the EV will have.

There’s an increasing number of EVs that are capable of driving over 200 miles on a single charge, but back in the i3’s launch days 100 miles was the norm.

Software optimization can also affect the range of an EV, but not by much. Tesla previously issued an over-the-air software update which boosted the range of some Model 3s by 9 miles.

While many of the evening’s guests were focussed on how far the car could drive, they were also concerned about how long the battery was going to last before it became unusable. This phenomenon is known as battery degradation.

As a lithium-ion battery is charged and discharged, it degrades.Remember the laptop that used to last all day and is now dead by lunchtime? It’s the same as that, but just on a much bigger scale.

Many prospective EV buyers worry about this happening to their car. So let’s take a look and see how much we should care.

Thankfully, we have a lot more user data than we did five years ago, and as EVs have aged it’s become clear just how much charge they can lose.

Some of the worst affected by battery degradation are owners of early Nissan Leafs, particularly those made more than seven years ago.

The issue stems back to an engineering decision Nissan made for its early generation Leaf vehicles where it opted for passive air cooling, rather than active cooling for its batteries. Air cooling is a lot cheaper to produce but far less effective at managing battery thermals, and can lead to bigger swings in temperature. As a result, early edition Nissan Leafs have been known to suffer from above average battery degradation as they get older.

However, things have improved… a lot. Battery degradation doesn’t appear to be as big of a problem anymore.

Tesla has proven that by actively cooling batteries — and using cylindrical cells rather than pouch style lithium-ion packs — their overall lifespan can be improved. It’s a format that many new EVs adopt, and you might often hear an electric car’s cooling system working when it’s plugged in charging on a hot day.

The state of charge

Let’s take a look at what people are saying at the moment. In a study by UK consumer advice magazine Which? surveyed over 1,000 EV drivers last year, and the results were pretty clear.

An average EV that’s three years old, will lose only 2% of battery capacity. By the time it’s six years old, its battery will have lost about 8% of charge.

What we’ve also got to remember is a six-year-old car is using six-year old technology. If you were to buy a brand-new EV today, chances are it’ll fare even better than those in this survey in six years’ time.

There’s another way of looking at this too. If you’re buying an EV new, chances are you’ll buy the car on a contract hire lease plan. Most of the time on lease plans drivers give the car back for a new one, so battery degradation won’t ever be an issue for these drivers.

Battery degradation is more likely going to be an issue for second-hand EV buyers. However, it’s quite easy to test a used EV’s range, and check its battery health in the vehicle’s diagnostics. If the battery has degraded to a noticeable degree, this should definitely be reflected in its price.

While there are occurrences of battery degradation, it seems for the majority of EV drivers it’s never going to present an issue.

That’s including those dewy eyed BMW i3* admirers. They needn’t have worried at all. As it turns out, since the i3 was launched not a single battery pack has had to be replaced due to premature aging, or a significant loss in range.

*Goddam I love this car 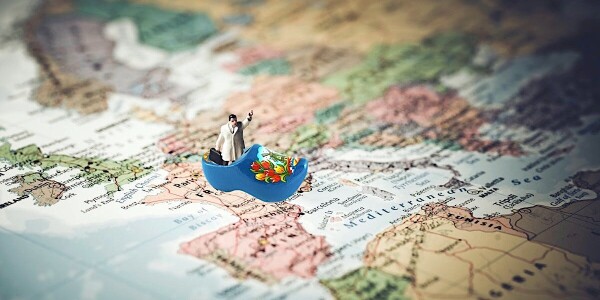