Devs love a challenge, and there’s a mountain of opportunity in Bitcoin and blockchain. One of the fastest growing areas of blockchain development is Bitcoin sidechain, the Lightning Network.

To learn more about the possibilities that the Lightning Network offers, Hard Fork spoke to someone deep in the trenches: a developer who’s set himself the challenge to make 12 Lightning apps in 12 months.

If you’re not in the know, the Lightning Network is a payment channel that allows individuals to exchange Bitcoin directly without having to wait for the main blockchain to confirm the transactions, as that’s done off-chain. It’s a great tool for developers, as it allows them to integrate cryptocurrency payments into apps without needing a third-party provider.

We’ve seen all kinds of weird, zany, and probably pointless things done with the Lightning Network, like feeding chickens, dispensing Coke, and playing Pokémon. There seems to be no end to what devs will come up with, but what’s the point? Why develop these apps anyway?

Hard Fork caught up with Guillaume Verbal to find out why.

Known on the internet as Doweig, Verbal describes himself as a Bitcoin entrepreneur, libertarian – and meat eater. He’s a French expat living in Thailand.

He became hooked with cryptocurrencies after investing in Bitcoin and Ethereum. He graduated from French technology school, EPITECH in 2013, well versed in Javascript. After which, he began looking for opportunities to marry his love of Bitcoin with his professional training.

Verbal co-founded Clavestone.io, a blockchain software company, but it didn’t go as well as he hoped. Clavestone launched its first product after months of development, but unfortunately it received a muted response during trials. The company is still operating and now offers a simpler solution with a shorter release cycle.

Now, with experience and the power of hindsight, Verbal wants to do the opposite, and he’s set himself the challenge of developing 12 Lightning apps in 12 months to learn how.

He’s using his 12 apps in 12 months as an experiment. He wants to understand how he can make users part of the development process and ask them for feedback before launching. It’s not just about him developing apps, though, it’s about him and his community working together.

He launches small, and launches often. One app a month, there’s no time to dwell if it’s failing and feedback is poor. “Kill it quick and move on,” he said.

The French developer isn’t the first to come up with the 12 in 12 months format. He was initially inspired by Pieter Levels, an entrepreneur who started 12 businesses in 12 months – and managed to make two of them profitable. Levels’ idea was based on Jennifer Dewalt’s 180 websites in 180 days.

But why the Lightning Network?

“The Lightning Network is currently the best option for micro-payments, Ethereum on-chain fees [are] lower than Bitcoin’s but are still above $1, [it’s] not suitable for the use cases I’m working on,” he said. “Plus you also have to wait for confirmations, [it’s] not a good user experience.”

He continued, “We need something that confirms in less than 5 seconds and only layer two solutions can offer that. The only one that’s working: Lightning Network.”

The base level technology is there, but Verbal still needs to be creative. Interestingly, he said coming up with ideas isn’t the hard part, sifting through the list and deciding which will be appealing to users is a bit more difficult.

So far, Verbal says that it’s been a great learning experience. The first Lightning app he made, The Bitcoin Meat Club, was too “narrow and most people were not interested.” However, his second app, the Lightning Scratchcard – which Hard Fork covered back in March – proved far more popular. 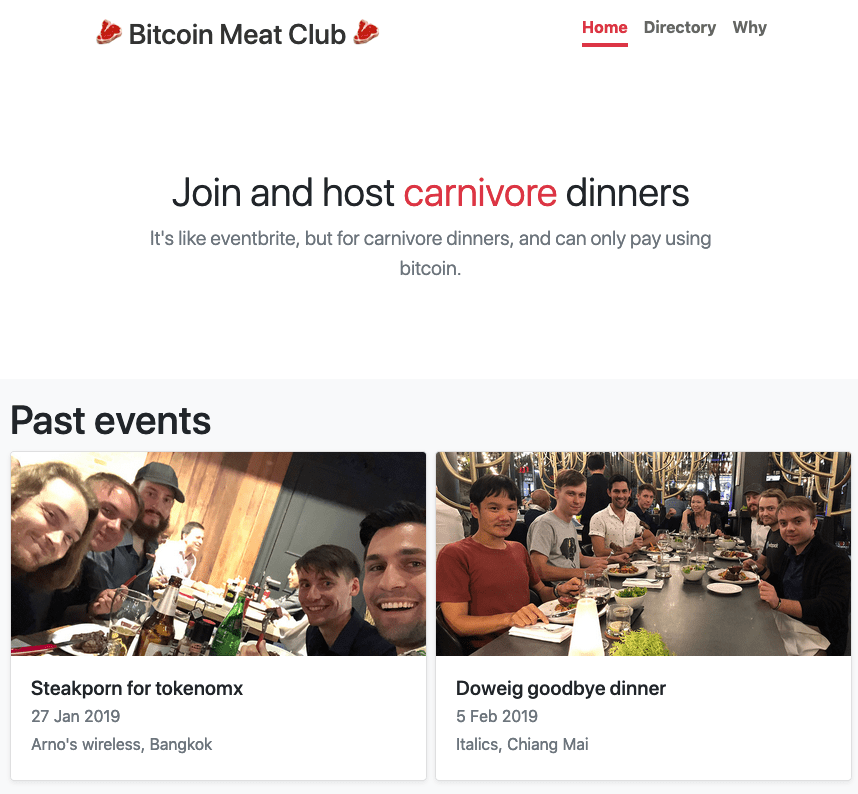 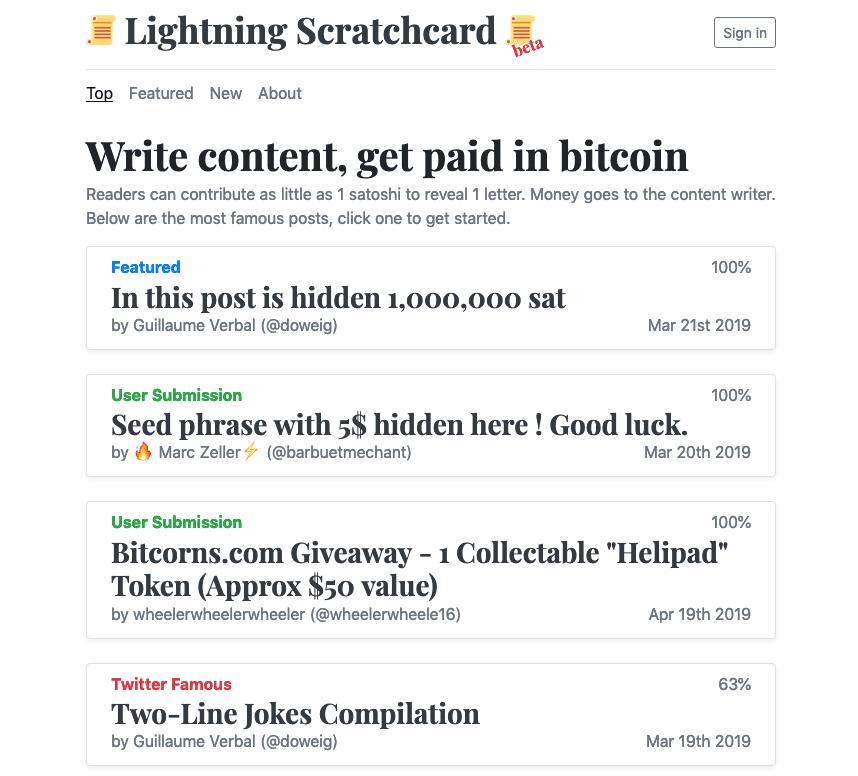 “[Number 2] got really good buzz at launch and lots of people tried it,” Verbal told us. “The problem [was] that most users never came back.” 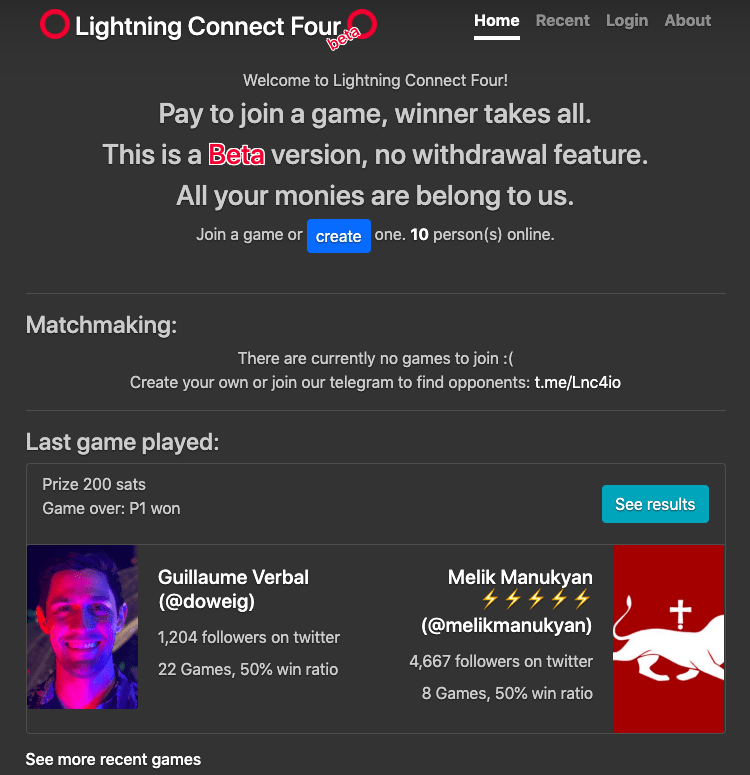 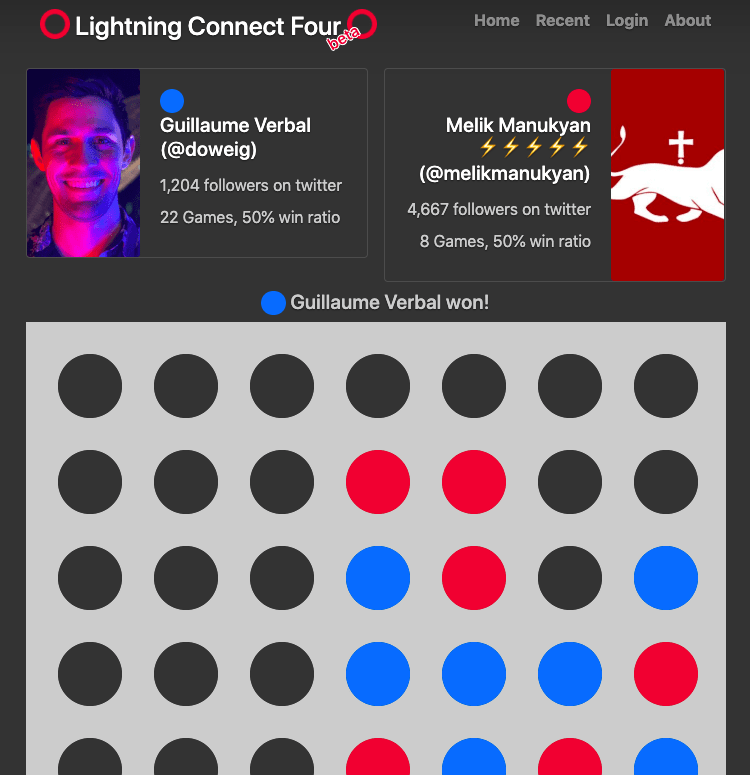 Verbal says he’ll probably stick to his deadline and call time on the experiment after 12 months, but won’t worry about making all 12 apps. For Verbal, it’s more important to learn from the development process than it is to stick religiously to an arbitrary target.

Firstly, developers should work on a product they want to use. “Don’t solve other people’s problems, solve your own,” he said. Secondly, make something people will want to use again and again, “One time use products are no good.” And finally, devs should ask themselves, is it new, unique, and fun enough that people and the media will be interested? If not, move on.

By following these lessons, Verbal thinks he’s close to “hitting gold” with his next few apps.

Update July 5, 2019, 0535UTC: The original version of this article suggested Verbal found a job at Clavestone.io. Verbal was a co-founder of the company. It has also clarified that Clavestone.io is still in business, and now offers multi-signature wallet software. 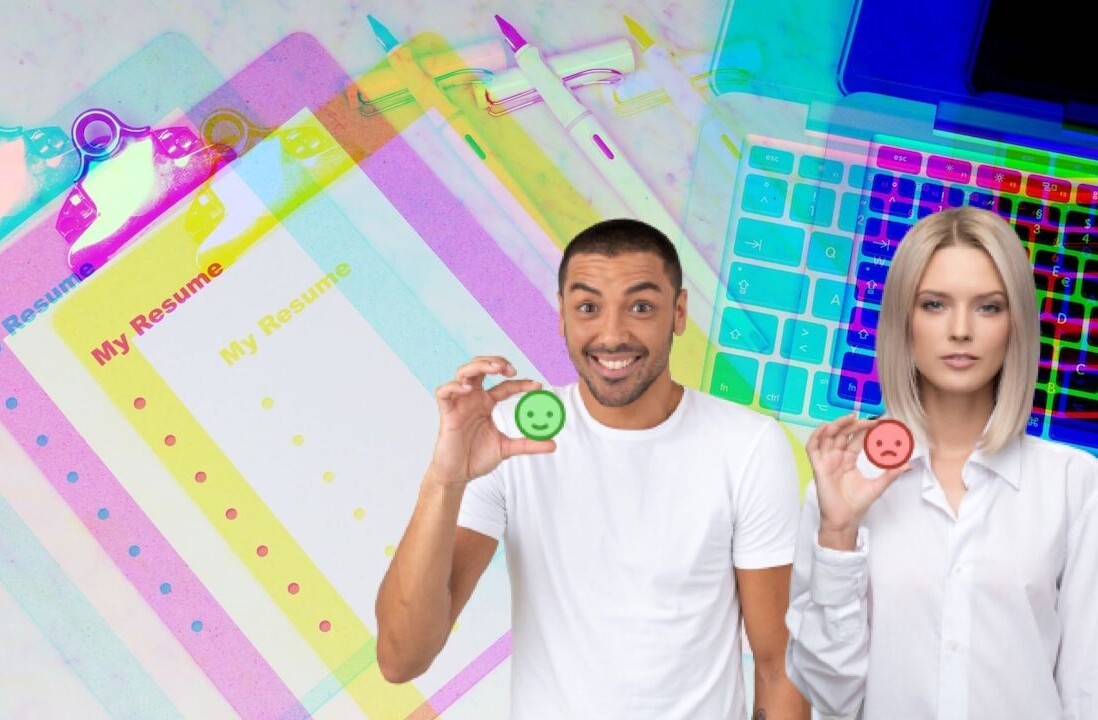 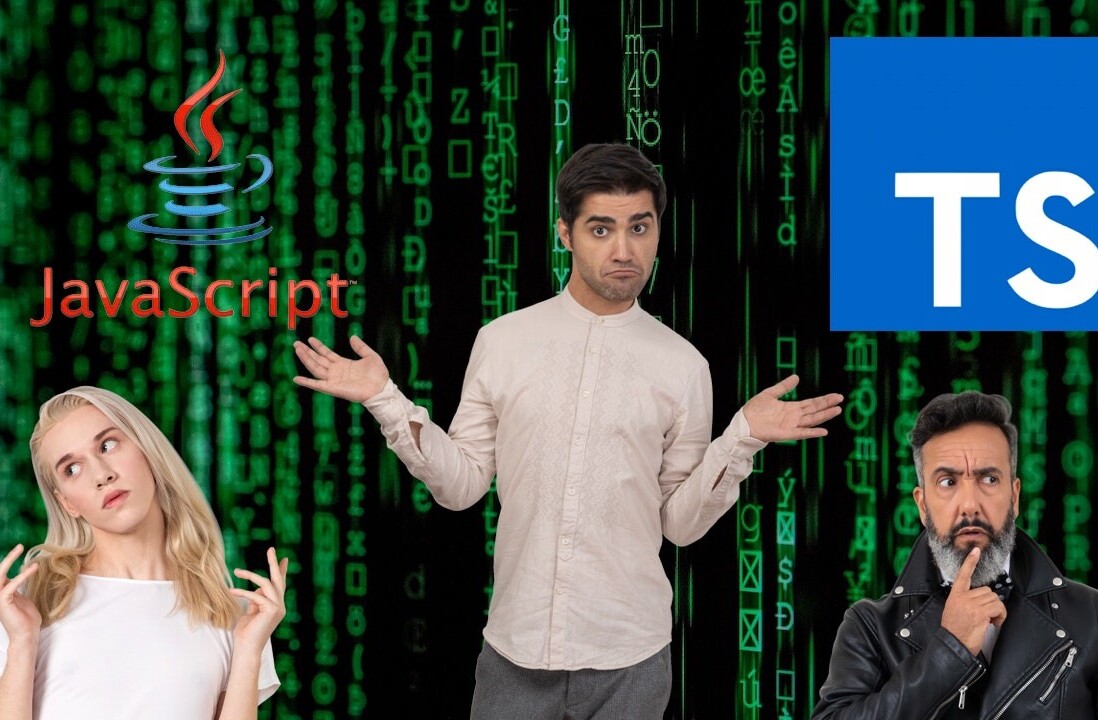