For many people, one of the few good things about this pandemic has been the ability to work from home. The past year has shown both employees and employers that many jobs can be done effectively from home.

In fact, the desire to keep work from home has been so strong that it appears a significant majority of people would rather turn down a $30,000 salary increase than lose the ability to work from home.

A poll posted on Blind, an anonymous forum for employees, asks:

Would you rather make $30k more switching to a new job that requires you to work in office or would you rather keep your current salary but wfh anywhere after covid?

A representative for Blind further elaborated with some specifics, such as that 71% of Airbnb, 81% of Lyft, 89% of Twitter, and 100% of Zillow employees would rather keep working from home.

A simple poll like this obviously misses some nuances, such as how much money the employees are making in the first place, or how often employees would have to go back to work. Because the question asks about switching jobs rather than, say, getting a raise at your current job, the results may be further skewed.

Still, this is not the only poll to suggest employees largely want more ability to work from home.

A survey run by the Harvard Business School Online and research firm City Square Associates polled nearly 1,500 professionals between March 2020 and March 2021 and found that “81% either don’t want to go back to the office or would prefer a hybrid schedule going forward.”

More specifically, 61 percent would like to be able to work 2-3 days from home, while 27% hoped to work remotely full time.

Only 18% of respondents wanted to go back to the office full-time. Curiously, parents with kids at home and married people were more likely to want to go back to work full time than singles.

As someone who’s been working from home for years before the pandemic, it’s hard to imagine going back to the office. Time is money, and the time wasted commuting is something that’s hard to put a price tag on. 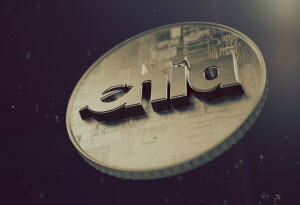