Apple’s iPhone 5 managed to dislodge the Samsung Galaxy S III as the world’s best-selling smartphone during the fourth quarter of 2012, according to new figures published today by market research and consulting firm Strategy Analytics.

Global shipments of Apple’s flagship smartphone increased from 6 million in the third quarter of 2012 to a much more impressive 27.4 million units in the final three months. In comparison, the Samsung Galaxy S III slipped from 18 million to 15.4 million units over the same period.

It’s a significant role reversal given that in the third quarter of last year, Apple was using the iPhone 4S to go toe-to-toe with Samsung’s flagship Android handset. At the time the iPhone 4S had shipped 16.2 million units, a figure not too far off the Galaxy S III’s more dominant 18 million units.

Despite the significant growth in iPhone 5 sales, the iPhone 4S actually increased in the fourth quarter of 2012 to 17.4 million units. Combined, these two devices easily outstrip the Galaxy S III with a global market share of  20.6 percent – although it’s arguably not a fair fight due to the complete absence of figures for Samsung’s other devices, such as the Galaxy Note and Galaxy Note II.

Samsung shouldn’t be worried though. The Galaxy S III is still selling very well considering that it launched last May, and has since had to contend with a number of other high-end handsets such as the Nexus 4, Nokia Lumia 920 and most recently, the BlackBerry Z10.

Rumor has it that Samsung could be launching the successor to the Galaxy S III, most likely called the Galaxy S4, as soon as March 14. If this turns out to be accurate, the power play between these two could shift yet again, giving the South Korean OEM another quarter or two at the top.

It’s a constant back and forth, given that both companies now launch a new flagship device every year and roughly six months apart from one another. Until another OEM – perhaps HTC, BlackBerry or Nokia – can gain anything like the same traction or find a marketing budget to compete with Samsung and Apple, the landscape at the top is unlikely to change anytime soon.

The figures today are mostly in line with the estimates for the fourth quarter of 2012, published by Strategy Analytics earlier this month. It remains to be seen though whether Samsung can regain its crown by growing its smartphone sales by 35 percent this year, which was also predicted by the research firm back in January. 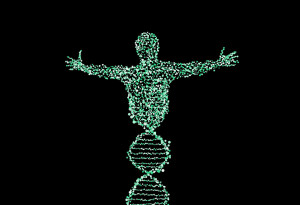