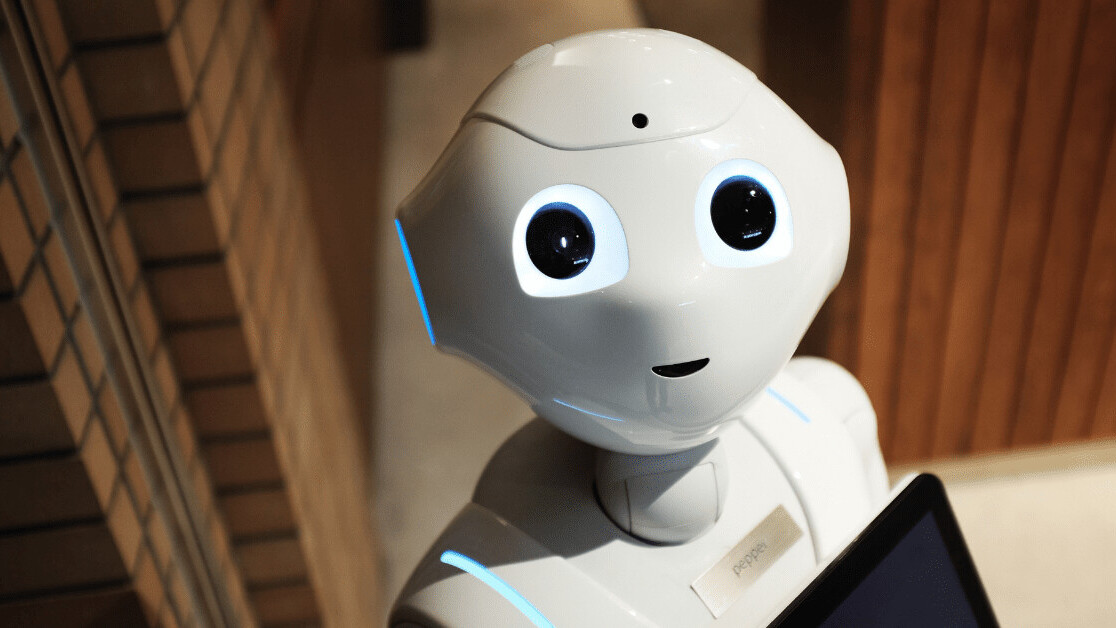 Some UK care homes are to deploy robots in an attempt to allay loneliness and boost mental health. The wheeled machines will “initiate rudimentary conversations, play residents’ favorite music, teach them languages, and offer practical help, including medicine reminders.” They are being introduced after an international trial found they reduced anxiety and loneliness.

These robots can hold basic conversations and be programmed to people’s interests. This is positive, but they are not a viable alternative to human interaction. It’s a sad state of affairs when robots are presented as solutions to human loneliness. Though intended as a way to fill in for carers in a “stretched social care system” rather than as a long-term solution, the use of robots is a slippery slope in removing the aged and infirm still further from the nerves and fibers of human interaction.

Robot companions have been trialled in the UK and Japan, from dogs that sit to attention to young women greeting isolated businessmen after a long day at work. They certainly serve a function in reminding people what it is to have companionship, helping with crude social interaction and providing cues to what it is to be human.

But robots cannot provide the altruism and compassion that should be at the core of a caring system. And they might even increase loneliness in the long term by reducing the actual contact people have with humans, and by increasing a sense of disconnect.

While there have been studies showing robotic pets can reduce loneliness, such research is generally based on a contrast with no interaction at all, rather than a comparison of human and robotic interaction.

It’s also important to factor in the role of novelty, which is often missing in care home environments. In 2007, a Japanese nursing home introduced Ifbot, a resident robot that provided emotional companionship, sang songs and gave trivia quizzes to elderly residents. The director of the faculty reported that residents were interested for about a month before they lost interest, preferring “stuffed animals” to the “communication robot”.

The preference for stuffed animals is, I think, important, because it also connects to the sensory experience of loneliness. Cuddly toys can be hugged and even temporarily moulded by the shape and temperature of the human body. Robots cannot. There is a limit to the sense of connection and embodied comfort that can come from robotic caregivers, or pets.

This is not only because robots show insufficient cultural awareness, and that their gestures might sometimes seem a little, well, mechanical. It’s because robots do not have flesh and blood, or even the malleability of a stuffed toy.

Consider the controversial experiments conducted by Harry Harlow in the 1950s that showed rhesus monkeys always preferred physical comfort to a mechanical caregiver, even if the latter had milk. Similarly, robots lack the warmth of a human or animal companion. They don’t respond intuitively to the movement of their companions, or regulate the heartbeats of their owners through the simple power of touch.

Loneliness is a physical affliction as well as a mental one. Companionship can improve health and increase wellbeing, but only when it is the right kind.

Stroking a dog can be soothing for the person as well as the animal. Walking a dog also gets people out of the house where that is possible, and encourages social interaction.

As the owner of a young labrador, I am not always a fan of early rising. But I can see the positive emotional impact a pet has had on my young son, in contrast to many hours of technological absorption. An Xbox can’t curl up on your bed in the middle of the night to keep you warm.

And the infamous Labrador stink is like perfume to my son, who claims it makes him feel less lonely. So it’s smell, as well as touch, that is involved loneliness – along with all the senses.

I am not a technophobe. In the Zoom world of COVID-19, technological solutions have a critical role in making people feel included, seen and listened to. In time, it may be that some of the distancing effects of technology, including the glitchy movements, whirring sounds and stilted body language will improve and become more naturalized. Similarly, robot companions may well in time become more lifelike. Who will remember the early, clunky days of Furreal pets?

But care robots are offering a solution that should not be needed. There is no reason for care home residents to be so devoid of human companionship (or animal support) that robot friends are the answer.

There is something dysfunctional about the infrastructure in which care is delivered, if robots are an economically motivated solution. Indeed, the introduction of robots into emotional care de-skills the complex work of caring, while commercializing and privatizing responses to elderly loneliness.

It is often presented as “natural” or inevitable that elderly and infirm people live in homes, with other elderly and infirm people, shuttered away from the rest of the world. Care homes are an architectural way of concealing those that are least economically productive. There may be good homes, filled with happy residents, but there are many stories of people being ignored and neglected, especially during a pandemic.

How we care for the elderly and the infirm is a cultural and political choice. Historically, elderly and infirm people were part of the social fabric and extended families. With a globally aging population, many countries are revisiting how best to restructure care homes in ways that reflect demographic, economic and cultural needs.

Care home schemes in the Netherlands, house students with elderly people and is popular with both. With a little imagination, care homes can be radically rethought.

New technologies have a role to play in society, just as they always have had in history. But they shouldn’t be used to paper over the gaps left by a withdrawal of social care and a breakdown in what “community” means in the 21st century. That’s inhuman.

This article is republished from The Conversation by Fay Bound Alberti, Reader in History and UKRI Future Leaders Fellow, University of York under a Creative Commons license. Read the original article.