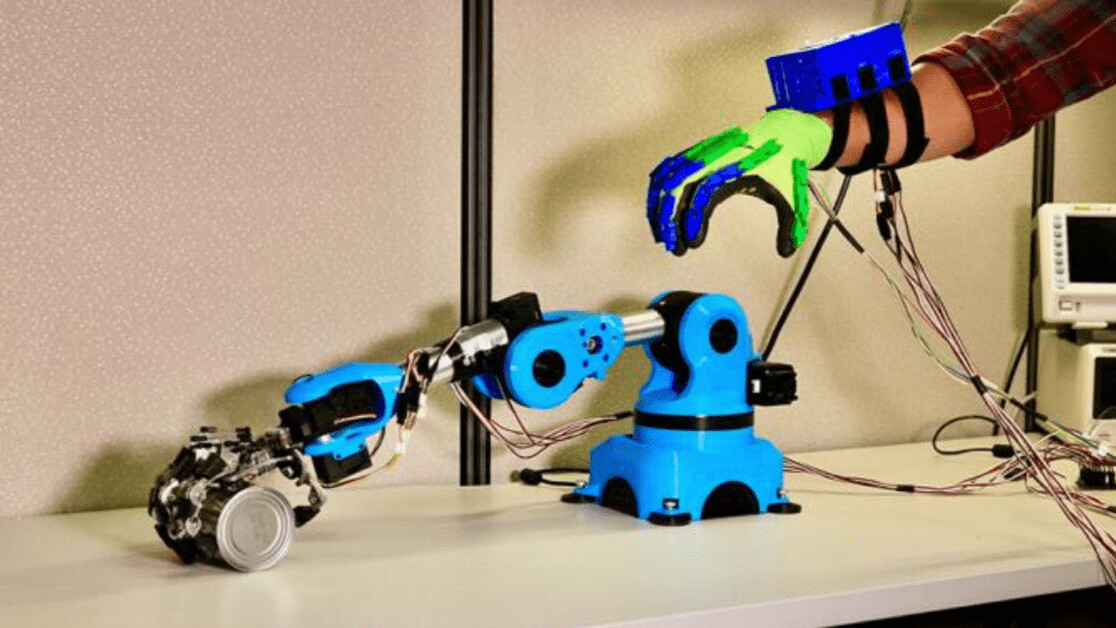 A new haptic glove can give even clumsy surgeons steady hands — just by sending them a friendly electric shock.

The system is designed for robotic arms, which act as physical extensions of a human surgeon. These tools add precision and reach to operations, but they can’t prevent accidents when the human controller slips up.

In traditional operations, a surgeon looks at their hands as they operate. But when they’re controlling a robot, they have to follow the procedure on a monitor, which shows footage from cameras attached to the machine.

This indirect view diminishes their sense of distance, making it tricky to judge the exact location of the robotic fingers. That might be a problem if they’re operating on your brain.

[Read: This sweat-powered electronic skin can control your robotic limbs]

Luckily for their patients, researchers from Texas A&M University have found a way to jolt them in the right direction.

The system sends small but perceptible buzzes to the surgeon‘s fingertips through a glove fitted with stimulation probes. The frequency of the current increases as the robotic fingers get closer to delicate tissue, and decreases as they move further away.

The researchers recruited some courageous volunteers to test it out, and compared their measurements of distance with participants who relied solely on their eyes.

They found that users who received electric pulses were three times better at estimating distance than those using visual information alone.

“When our technique is ready for use in surgical settings, physicians will be able to intuitively know how far their robotic fingers are from underlying structures, which means that they can keep their active focus on optimizing the surgical outcome of their patients,” said Hangue Park, an assistant professor at Texas A&M.

That should reassure both patients on the operating table and the surgeons treating them — as long as they’re willing to take an electric shock for their craft.