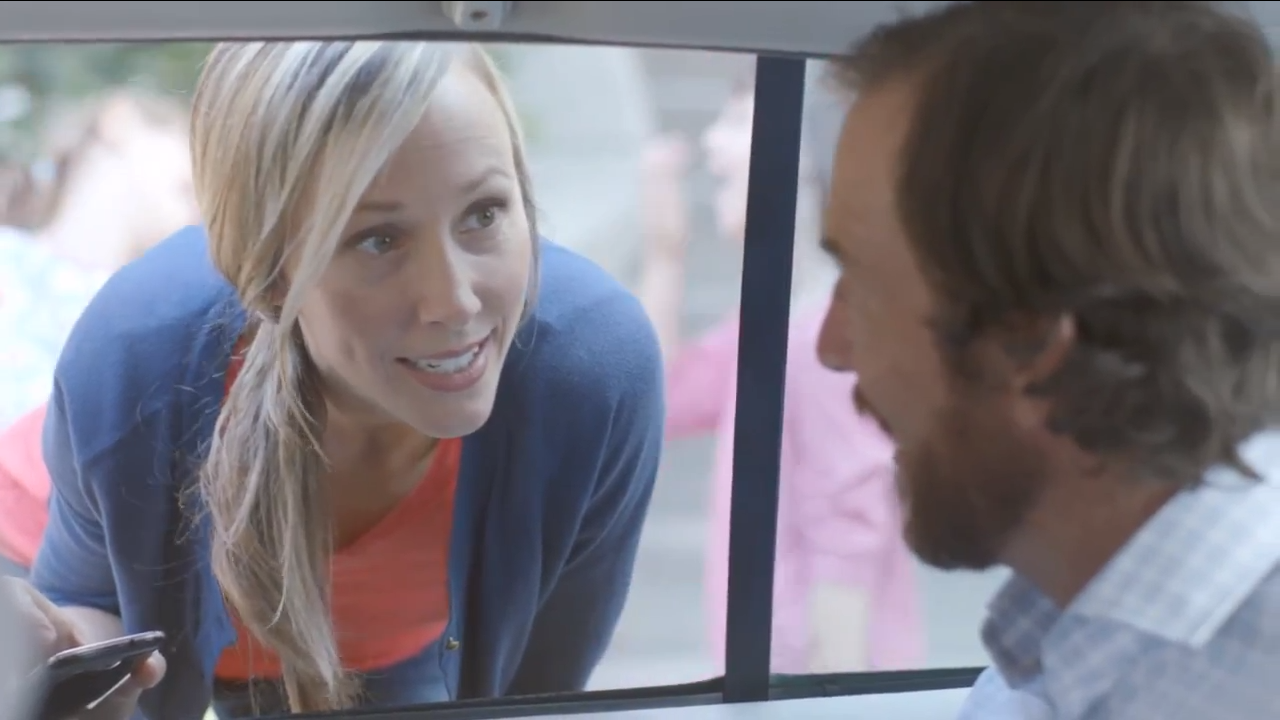 I can’t remember that last time someone NFC made look this sexy. A new commercial for Samsung’s Galaxy S III shows a wife using the handset’s S Beam feature to send a private video to her husband as he’s leaving on a trip.

In “Work Trip”, a mother transfers to her husband a video that their daughters made for him to watch on the airplane, before beaming a second one that she made herself.

“You probably shouldn’t watch it on the plane,” she says.

Not surprisingly, some YouTube commenters are calling for Samsung to upload the wife’s video.

Keeping with the romance theme, another ad from Samsung shows a man embarrassing himself in front of his date by playing the Spice Girls on the stereo via his Galaxy S III. The woman makes up for it by beaming him some real mood music. Update: Video marked as private.

And finally, in “Game On”, two friends are playing against each other at the bus stop. The guy is using what appears to be an iPhone and the gal is on the Galaxy S III.

“How am I supposed to win? Your screen is like as big as my phone,” he says when he loses.

All three of the ads end with Samsung’s tagline “The Next Big Thing is Here.” With these three ads, Samsung’s still having some fun, but it’s less smug than the line-waiting commercials that it has been running before new releases of the iPhone.

Meanwhile, Apple has released its own flurry of ads for its new and upcoming products and Microsoft has even gotten into the game with its own spots for the Surface. Winter is coming, so game on.

Read next: Fresh from its $3m funding round, Soundrop gives its social Spotify app a major lick of paint