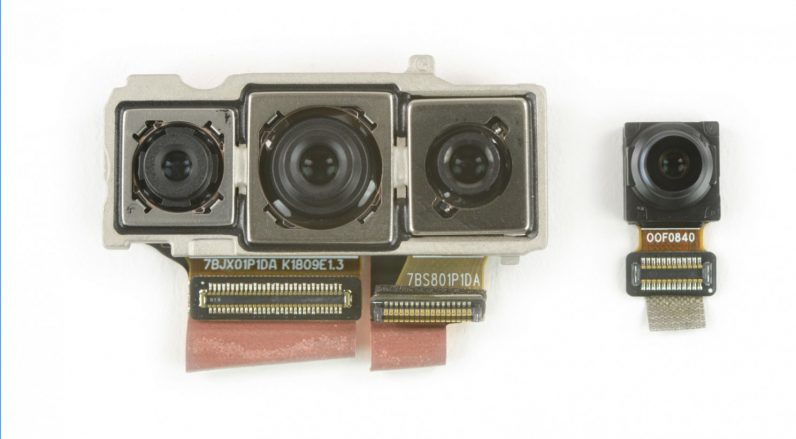 Huawei’s P20 Pro has the most impressive camera hardware I’ve seen in a smartphone in years, but I was a little disappointed to hear there was no optical image stabilization (OIS) on two of the three rear cameras.

Or at least, that’s what I thought.

Then iFixit tore down the P20 Pro and made everything more confusing. It certainly looks like the P20 has the optical image stabilization on each of its rear cameras. I mean, just look at the jiggling lenses:

You can see the extra space around the lenses allowing them to move freely. Compare that to the front facing camera (on the right):

For the wider lenses, Huawei said it uses ‘AIS’ – basically digital image stabilization powered by artificial intelligence. The company’s technology is so good that it can take a four second exposure handheld – that’s a feat you’d need a tripod with on virtually any other camera.

One explanation is that the components Huawei is sourcing come with OIS, but the company doesn’t use it on the wide lenses because it’s so confident in its own AIS technology. For trickier telephoto scenes, it would still needs to use traditional OIS.

Still, that strikes me as odd. Even, if AIS is superior to OIS, surely combining the two would be  even better. Perhaps Huwei does use some combination of the two, but to a lesser degree on the wide cameras than the telephoto ones.

Most likely, there’s a technical reason preventing it from using the OIS hardware on all of its lenses. But then again, maybe Huawei just made a mistake with its press materials. In any case, we’ve contacted the company for more clarity, and will update this post if we hear back.

Read next: Facebook could theoretically owe the FTC $7.1 trillion for recent data scandals