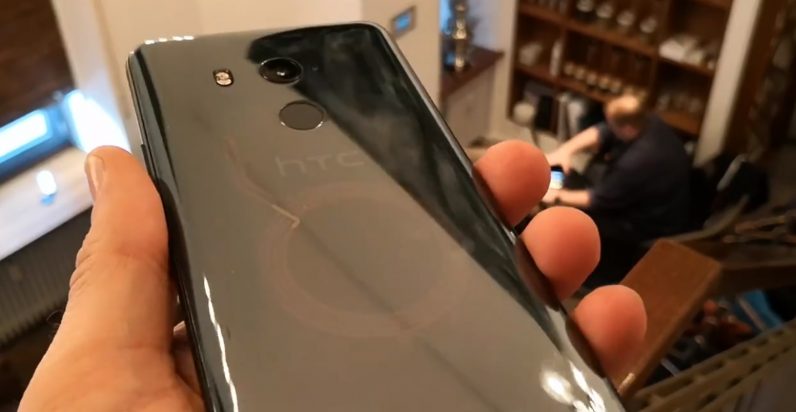 HTC is almost certainly announcing a new flagship this week, rumored to be called the U11 Plus. Though the headline feature is that HTC is joining the small bezels party, the U11’s best feature might be a translucent body. Yes, kind of like an old Game Boy.

Swiss publication Blick Digital appears to have accidentally posted an early hands-on video on its Facebook page (since removed, but mirrored above). It shows that the translucent color is more of a smoked glass, so the internals aren’t totally visible from a distance, but you can at least see what appears to be a wireless charging coil. It might also appear more transparent under different lighting. Oh, and it will also come in black and silver, according to leaker Evan Blass, but why would you want one of those when you can go retro?

While I would’ve preferred something fully transparent (JerryRigEverything style) or perhaps a tad frosted, I’m a fan of the look on the whole. With the smaller bezels, a rumored 128 GB of storage, wireless charging, a nearly 4,000 mAh, and a camera that’s at least as good as the U11’s, HTC might have itself a sleeper hit. In any case, it won’t be long until we find out; the phone is expected to be announced on November 2.

Read next: TwitchCon took over Long Beach -- and I had to explain it to baffled locals