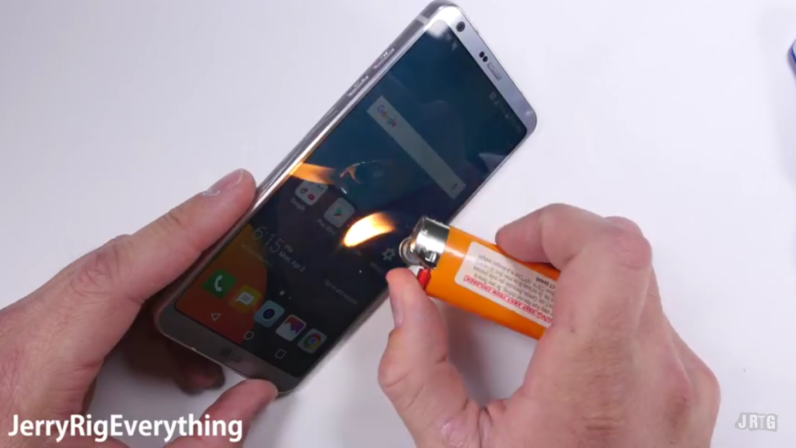 Though I have a few mixed feelings about the G6, on the whole, I think it’s quite a nifty phone. More than anything, there’s no denying one fact: it’s built to be durable.

YouTuber JerryRigEverything put that to the test. Now, if you follow his videos, you’ll know that he submits devices to a variety of scratch, bend, and even burn tests (you know, in case the apocalypse comes around).

Only a few devices ever catastrophically fail the bend test, but most show at least a worrisome degree of flex or deformation with enough pressure applied. The G6, on the other hand, hardly flexes at all.

Unlike the G5’s questionable metal painting process, the G6 is pure metal throughout it’s frame, (of course the back is glass this time around).

In a previous video, Jerry opened up the device to show off exactly what makes it so stiff. LG used some of the techniques learned from the V20 to match that phone’s military standard drop testing (although having a glass back too certainly increases the chance of damage).

We’ll have to see how the S8 fares once it comes around, but if durability is a priority, you might want to give the G6 a good look.

Read next: Microsoft's 'Project Scorpio' specs to be revealed this week