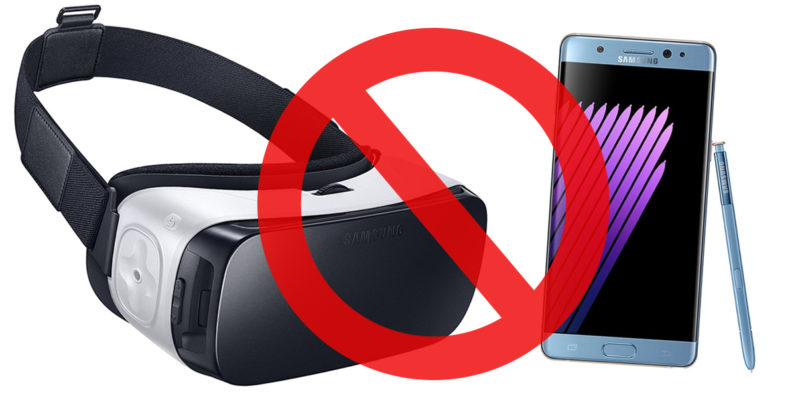 As first observed on Reddit and corroborated by Android Central, Oculus has issued a forced update to its mobile app that shows the following message whenever you pair your Note 7 device with the Gear VR headset.

Customer safety is Oculus’ top priority. Oculus is removing support for all Note7 devices on the Oculus platform. Until further notice, Note7 devices will not be compatible with the Gear VR. For more information regarding the Note7, please contact Samsung directly.

The company’s decision seems to have pissed of a lot of Redditors who are no longer able to use not only their Note 7 devices, but also their Gear VR headsets.

While their frustration is understandable, it’s praiseworthy that Oculus is taking measures to prevent possible injuries – even when it’s not a popular sentiment among consumers.

This development isn’t at all surprising. Yesterday, Samsung not only halted sales for Note 7 devices worldwide, but also advised owners against using their phones.

Gear VR will continue to work with other compatible Galaxy devices that haven’t been affected by faulty batteries. So in case you have a Galaxy S7 or S7 Edge lying around – you can still hook it up to your headset.

Read next: The Barnacle is the bright, yellow future of wheel clamps