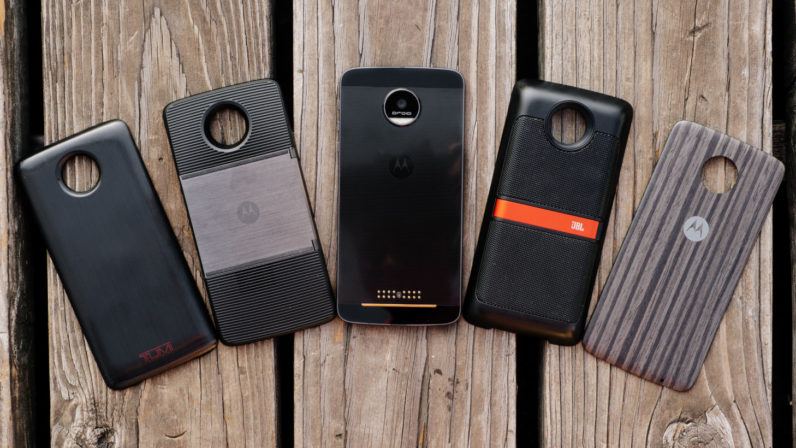 The Moto Z is a darn nice phone, but unfortunately it was a verizon exclusive when it launched in the US two months ago. Thankfully, you can now buy a GSM unlocked version for $699 which will work with AT&T and T-Mobile (sorry Sprint folk).

That’s about $75 over the Verizon version, so it certainly doesn’t come cheap, but it’s worth noting the unlocked version comes with 64 GB standard. The Verizon model comes with 32 GB standard, and the 64 GB option will cost you $50 extra.

Moreover, you can only get the standard Moto Z unlocked. The Moto Z Force, with its larger battery, better camera, and unbreakable screen, remains a Verizon exclusive.

You can order the device via Moto Maker, but you can’t choose the white and gold or black and rose gold options available to Verizon. You’re stuck with the black model with grey trim. But of course, you can jazz up the device with a variety of Mods. Now that Project Ara is dead and that LG’s G5 was panned, the Moto Z is pretty much the only hope left for modular phones

Motorola hasn’t confirmed a ship date (the site lists it as a pre-order) but going through the order process shows an estimated delivery date of September 30th, so you might not have to wait long at all.

Read next: Canadian app wants you to run a marathon… with your thumbs