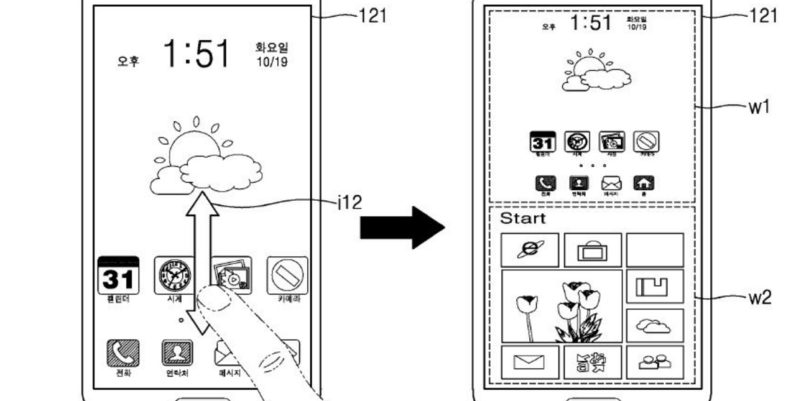 Samsung likes to include everything but the kitchen sink in its products, but the latest patent might take it to a new level. A patent from the company suggests it could be working on a device that runs both Android and Windows Phone at the same time.

By ‘at the same time,’ I don’t mean a dual-boot. The patent literally describes a phone where you could load Android and Windows Phone apps simultaneously, even running the two as side-by-side windows. The phone could also share folders and resources so both operating systems have access to them.

You would be able to switch from one OS with a simple tap of an icon:


All that being said I can’t think of a reason anyone would want to dual boot Windows and Android, unless you’re really, really invested in Microsoft’s ecosystem. But then, Microsoft arguably has better Android and iOS apps for its own products anyway.

This wouldn’t be the first phone to run both Android and Windows, mind you, but again, those devices involve booting into the separate operating systems. This device would be the first device to run them simultaneously.

Of course, not all patents become reality. This one was was filed in 2015, when there was a bit more hope for Windows Phone with the advent of Windows 10. The odds for this one to become a reality were likely low back then, so they’re probably even lower now.

Read next: Google and Apple aren't selling cars, but half of Americans are interested in buying them