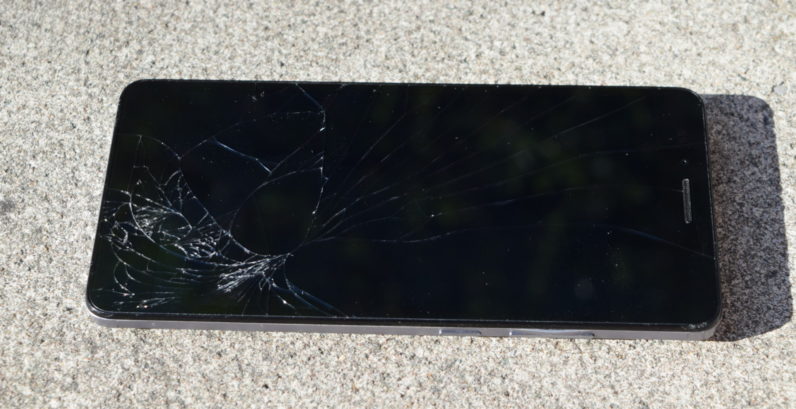 I like to think of myself as an inherently trusting person. Take this story, for example.

Two weeks ago, I was in Liverpool city center with my fiancee. It was 1am and we were walking to the hotel. This is typically the time when most pubs and bars close, sending their patrons off into the night in search of ATMs, fast food, and other places to drink.

As we were trundling up the aptly-named Hardman Street, a young man no more than nineteen years old approached us.

“Excuse me” he said, as my fiancee tugged my arm, silently imploring me to walk past him. “I’m really sorry about this, but my phone’s just died, and I really need to call my dad. Would you mind letting me use your phone?”

I hesitated, but not for long. Sure he could use my phone.

He looked really young, and judging from his accent – Liverpudlians have a really distinct accent – he wasn’t local. If I was his age, without a phone, and in a strange city, I’d appreciate any help I could get.

My fiancee – who, for the record is way smarter than I am, and was totally right about ignoring him – shot me a glance that said “are you fucking kidding me?”

After he had listed every item in the takeout, he hung up and passed the phone to me. Or, at least, he tried to. Clearly the ten pints of lager he’d consumed previously had impaired his coordination, as my phone slipped from his fingers and landed with a worrying crack on the pavement below.

The screen of my Huawei Honor 5X had splintered into an angry cobweb that covered the bottom half of the screen. The once-pristine chassis was now dented and scratched, and had buckled by the volume keys.

It wasn’t just my trust that was dented; my phone was fucked.

If I was in that guy’s position, I would done the honorable thing. But this guy had other ideas. After offering a half-hearted apology, he sped off into the night.

What would you have done if you were in my shoes?

The next morning I decided to call his dad, whose number was saved on my call history. Apparently being an asshole is hereditary, as he screened my calls and ignored the messages I left him. Even if he did pick up, what would I have said?

“Hi there. Last night your son broke my phone. I don’t know his name or have his number, and he doesn’t know mine, but can you give me his details so I can call him and ask him for some money please? *click*. Hello?”

Once my friends had stopped laughing at my misfortune, some suggested I post the dad’s phone number online. But my quarrel wasn’t with the dad. Even if it was, I’m really not a fan of public shaming.

Perhaps the only silver-lining of this miserable saga is that I now have an excuse to upgrade my phone. It looks to be a great year to upgrade, with Nexus, iPhone, and BlackBerry devices all scheduled to arrive later this year. Whatever I get, I promise not to let random strangers off the street borrow it.

Read next: Here's how to get a refund if you bought the PC version of 'No Man's Sky'