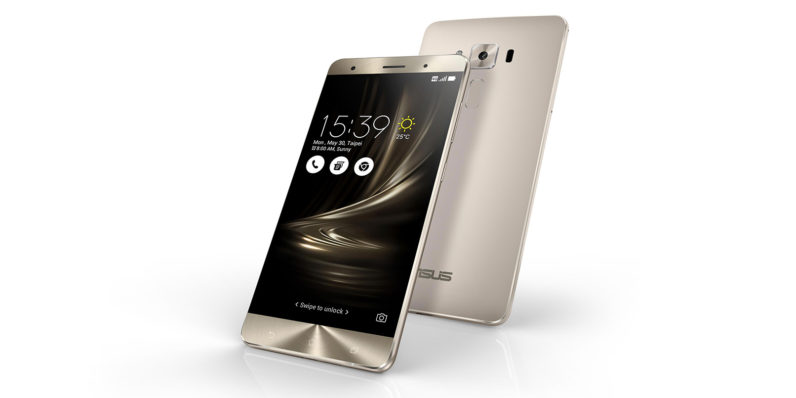 Hot on the heels of Qualcomm’s announcement about its latest mobile processor, ASUS has revealed its next smartphone that’s filled to the gills with top-end specifications – the ZenFone 3 Deluxe.

The Deluxe is the first handset to feature the Snapdragon 821, which is a follow-up to the mighty 820 that powers phones like Samsung’s Galaxy S7, Xiaomi’s Mi 5 and the HTC 10. The new chip promises a 10 percent increase in performance over its predecessor and a maximum clock speed of 2.4 GHz for its quad-core CPU.

Also under the hood are an Adreno 530 GPU, up to 6GB DDR4 RAM and up to 256GB of internal storage. Those are available in the top-of-the-line variant; the other two feature a Snapdragon 820 chip along with your choice of 6GB RAM and 64GB of space, or 4GB RAM with 32GB of storage.

All that is packed into an 5.7-inch all-metal unibody chassis with a 1080p screen protected by Gorilla Glass 4. There’s a 23-megapixel camera on the back with optical image stabilization and three technologies working in tandem for a focus time of 0.03 seconds, along with a fingerprint reader. A 3,000mAh battery powers the device; ASUS says its Quick Charge 3.0 juices it up to 60 percent in just 39 minutes.

The ZenFone 3 Deluxe starts at NT$15,990 (roughly $500) for the 4GB variant and goes up to NT$24,990 (about $780) for the Snapdragon 821-based model. The range will first become available in Taiwan and Hong Kong in August, but we’ll have to wait until later in the year for the top-end variant.

With that, ASUS might well have created the most powerful phone on the market for 2016 – but of course, you’ll want to see how it performs on benchmarks once it’s out.

It’ll be interesting to see if other manufacturers can match the Deluxe’s specifications at a lower price point later this year – we’re looking at you, OnePlus.

Read next: Tim Ferriss, Gary Vaynerchuk, and Seth Godin on the role of creativity in business