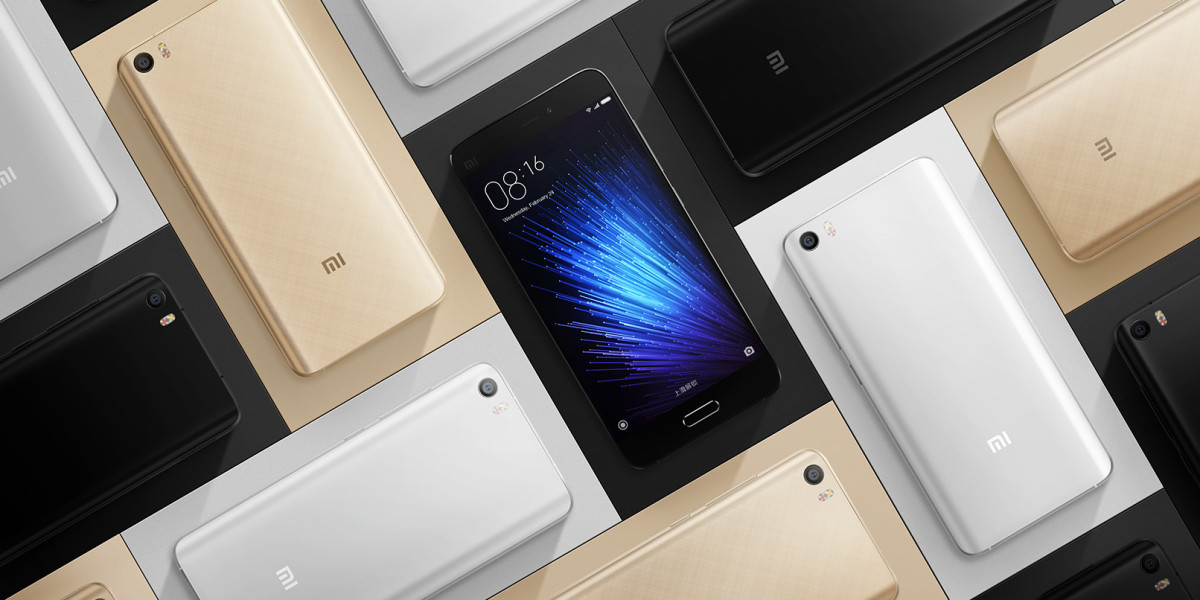 This week in Barcelona, mobile giants Samsung, LG, Sony and Xiaomi showed off their flagship smartphones for 2016 at Mobile World Congress. Each brand has worked hard to deliver something special, but which one is worth your time?

We spent some time checking out the Samsung Galaxy S7, LG G5, Sony Xperia X and Xiaomi Mi 5. Here’s what we learned.

For its latest phone, Samsung stuck with last year’s S6 design language. In fact, the S7 is almost identical to its predecessor. The edges are a bit more rounded this time around on both the S7 and the S7 Edge and the camera doesn’t jut out as much, but it’s still hard to tell them apart from the previous models.

It’s perhaps the most well-built device of the four – the materials feel great and the finish is terrific.

Xiaomi tried to bring something new to the table, but ended up with a design for the Mi 5 that closely resembles the S7. Still, there are some nice details to look out for, including slim sections above and below the display and a narrow horizontal fingerprint sensor that’s also a power button on the front.

We got a chance to look at the 64GB model, which features ‘3D glass’ on the back that blends with the rest of the body and feels great. However, it does pick up fingerprints pretty easily.

The 128GB model features a ceramic back that the company says is more resistant to damage and feels more like marble than glass.

For a brand that focuses on budget-friendly devices, Xiaomi has outdone itself with the Mi 5. There’s a lot to like about the new device and we’d wager that if you’ve typically selected expensive flagships from the likes of HTC, Motorola and Samsung as your daily drivers, Xiaomi’s latest offering won’t feel like a downgrade.

In terms of design and build quality, LG fell behind this year. The G5 handsets that the company brought to MWC looked unremarkable and were poorly machined. The internal plastic components that held the battery in place didn’t feel durable and the metal edges on the sides of the device as well as those near the removable bottom module were rough and sharp to the touch.

Sony didn’t stray far from its previous design either; the Xperia X shares DNA with last year’s Z5, but at least it’s a look worth copying. It’s also very nicely detailed — the back has a gorgeous metallic finish and the fingerprint sensor on the right looks cooler than every other phone’s power button.

Personally, I’m glad to see sub-5.5-inch displays making a splash in 2016. Large screens are great for watching videos and gaming, but make everyday apps a pain to use with one hand.

Power users will love this year’s flagships. Along with high-end processors designed for speedy performance like the Snapdragon 820 and Samsung’s octa-core chip split evenly between 2.3GHz + 1.6GHz, these devices also support microSD cards for expandable storage.

Samsung and LG offer Quad HD resolution on their always-on displays so you can check the time and your notifications without waking your phone. Xiaomi and Sony lag behind on this front with more basic full HD screens. While that sounds like a bummer, it might just help their phones eke out more battery life than their rivals.

It’s also worth noting that the Galaxy S7 is waterproof, as is Sony’s top-of-the-line variant, the Xperia Performance. However, the latter wasn’t available to try at MWC.

Shutterbugs are also in for a treat: all three phones offer high-performance cameras that will likely blow previous models out of the water. Samsung and Xiaomi offer optical image stabilization with wide-aperture lenses; they focused quickly and captured bright shots with ease.

LG has two a standard and a wide-angle camera working in tandem to help you capture more in your frame when shooting landscapes and groups of people. Sony’s 23-megapixel snapper can track identify and follow objects as they move across your frame for better action shots. The feature worked as advertised and delivered sharp photos without much fuss.

In addition, LG’s G5 also lets you add modules like an ergonomic camera grip with dedicated shooting buttons and an extra battery as well as a digital-to-analog audio attachment for improved audio output.

It also exclusively supports a few more toys like a lightweight foldable VR headset, a ball-shaped camera that you can guide around your house to keep an eye on things and turn on your air conditioner remotely, and a 360-degree camera that’s capable of shooting 2K video. Samsung’s Gear 360 offers similar functionality with a tripod-like form factor.

While Samsung, Sony and LG are yet to reveal pricing info for their new phones, Xiaomi announced that the 32GB variant of the Mi 5 will go on sale for just $305 in March — but it won’t come to the US anytime soon.

That’s an incredibly reasonable price for a Snapdragon 820-based phone, but we’ll have to wait and see if the Chinese manufacturer can roll out the device more widely than just China before its rivals do.

From our brief encounters with these phones, it’s clear that there’s something in here for everyone who wants a high-performance device with a great camera. But the most intriguing of the three is Xiaomi’s Mi 5.

With its surprising price point, beautiful design and impressive build quality, it’s a stunner in every respect. The S7 looks and feels great too, but it’s likely that it will cost more — the S6’s 32GB model went for $885 last year.

I also liked Sony’s Xperia X a lot because of its excellent finish and sophisticated design. However, its slower Snapdragon 650 processor won’t be able to rival the heavyweight processors offered by its competition.

As for the G5, it’s certainly a fun phone, but it doesn’t compare to the others in terms of design and finish, and the accessories that make it interesting will likely not appeal to most folks.

Which flagship are you most excited about for 2016? Let us know in the comments.

Read next: The 3 stages of creating a badass home page