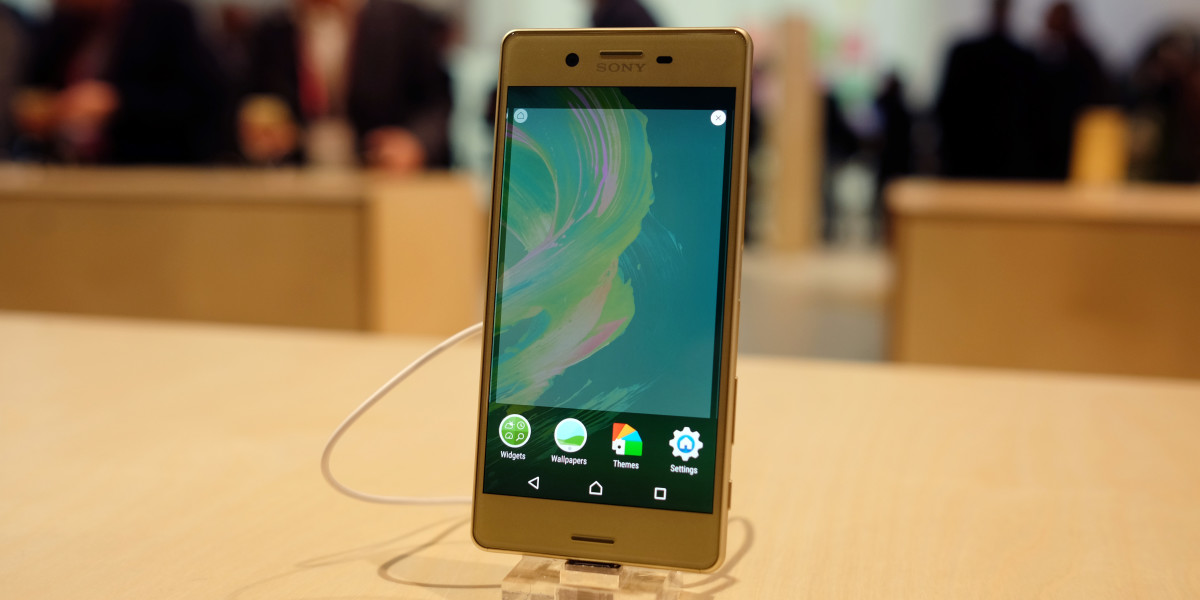 Although I still love my OnePlus One, I’ve grown tired of phones that are 5.5 inches and larger. A big screen for gaming and streaming Netflix is nice to have, but not at the expense of the ability to use your phone with one hand.

That’s why I was glad to see that Sony’s all-new 2016 line of Xperia handsets all fit 5-inch displays into small bodies that are infinitely more comfortable to grip and use than today’s gargantuan devices that have become the norm.

I had a few minutes to try the X and XA models at Mobile World Congress today; here’s what I found.

Both 5-inch devices are beautifully crafted, with rounded glass on the front that makes them easy to hold. They closely resemble last year’s Z5 — the X even brings back the combination slim fingerprint sensor and power button on the side, which is a delight to use.

The XA, which Sony is calling a ‘super mid-range’ device, has a distinctive round power button instead, which is a nice design detail for the lower-end phone.

Both handsets have a dedicated shutter button near the bottom right corner on the side, so shooting pictures in landscape mode feels natural, like a point-and shoot camera.

While the XA is geared at budget-conscious consumers with a 720p display, its edge-to-edge screen adds a touch of class that’s rarely seen in non-flagship devices.

The back of the X has a pleasant matte metal back that catches light beautifully; the XA has a lovely scratch-resistant plastic finish on the rear that feels great and offers better grip.

These might seem like minor details but it’s nice to see that Sony hasn’t just gone with cheaper materials for its lower-end device. Rather, it has built a complementing handset to showcase the Xperia experience at all price points.

Of course, there are significant differences between Sony’s new phones under the hood. The XA has a MediaTek MT6755 octa-core processor with 2GB RAM and 16GB of flash memory, while the X is powered by a Snapdragon 650 hexa-core CPU paired with 3GB RAM and 32GB of storage on the single-SIM model. You can add microSD cards to all three variants for up to 200GB more room.

One reason why you might want to opt for the X or X Performance over the XA is the camera: the higher-end models offer 23-megapixel snappers with predictive hybrid autofocus that can recognize an object once you focus on it, track its movement across the frame and capture it sharply when you hit the shutter, even when it’s in motion.

In a brief test with a number of colored balls moving around in a maze, the X was quick to recognize a particular ball once I focused on it, and followed it pretty accurately as it rolled around. If you’re looking to shoot sports events, children who won’t sit still or excitable pets, this is certainly worth a try.

Sony also showed off a cool case that included a transparent cover which allows full interaction with the screen. Essentially, you don’t need to flip it open to do things like read messages, launch apps, dial numbers or type short texts.

Overall, the lineup looks great and all three devices are worth a look for phone buyers interested in a new handset this year. Sony hasn’t yet announced pricing for these devices, but has said that they’ll become available globally this summer.