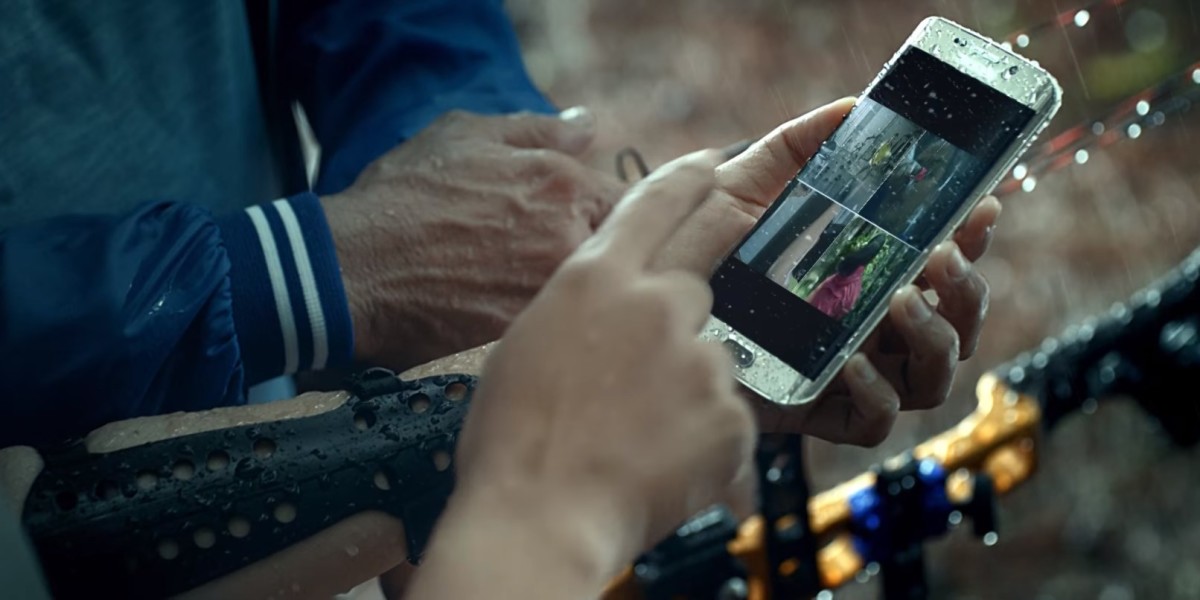 Samsung is set to show off its flagship phones for 2016 at the Mobile World Congress expo next week, but it may have inadvertently spilled the beans with a video on its Indonesian site.

A video promoting #TheNextGalaxy shows what appears to be a Galaxy S7 Edge in the rain, which likely indicates that the device will be water resistant, if not entirely waterproof. Skip ahead to around 0:25 to see it.

The clip also shows the phone being charged wirelessly on a docking device.

Evan Blass, who operates on Twitter using the handle @evleaks and is known for uncovering details about upcoming mobile devices, posted photos of the Galaxy S7 and S7 Edge over the weekend. The Edge is essentially identical to the handset in the video – and to last year’s S6 Edge as well, for that matter.

Waterproofing could help the S7 and S7 Edge appeal to fitness enthusiasts. We’ll know for sure when we visit Barcelona next week to cover Mobile World Congress, so stay tuned for more details.

Read next: Instagram's multi-account feature has a privacy bug on Android