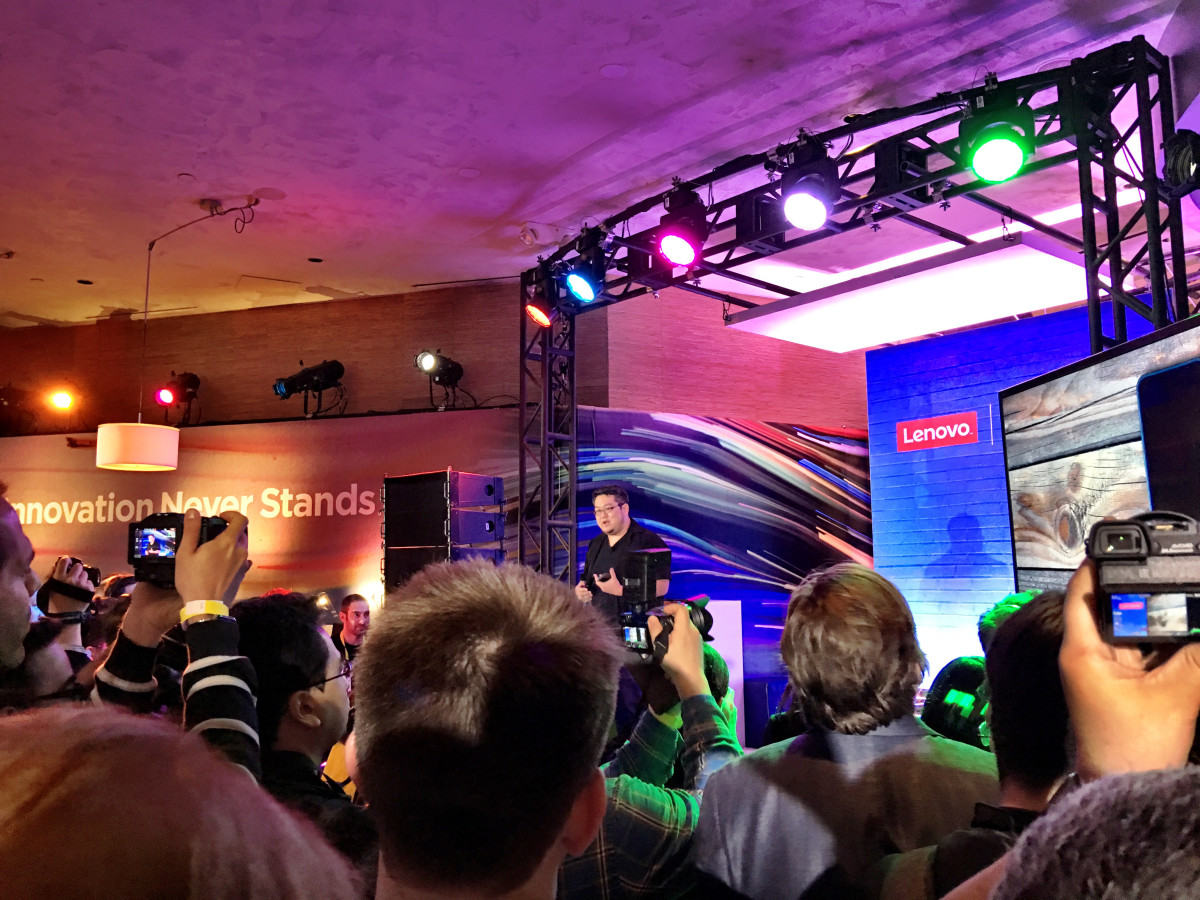 Tonight, Google and Lenovo teamed up to announce the first consumer Project Tango device, a smartphone.

GPS is remarkably well adept at helping us travel across town or across the country, but what it’s truly lacking is any sense of scale in the way it deals with shorter trips.

For example, at the Lenovo event tonight at The Venetian, here at CES in Las Vegas, GPS can give me incredibly accurate driving, public transport or walking directions to the front door. But where it struggles is in getting me from the front door to the back. If you’ve ever been to the Venetian, you know what a big deal this is.

To address this, Lenovo put on a major demo of its Project Tango 3D area mapping technology.

With Project Tango, mobile phone users can get accurate 3D models of the world around them all in near real-time with precise measurements down to the centimeter.

In one of the examples shown, we saw the stage get mapped out live and then replaced with augmented reality furnishings complete with a sofa and amazingly detailed refrigerator.

The augmented details were equally precise; the fridge was detailed down to the type of ice you wanted from the icemaker: cubed or crushed.

Lenovo and Google are also calling on developers to submit a Project Tango app proposal for the chance to receive funding for the idea as well as a featured spot on the upcoming Lenovo Project Tango-enabled smartphone.

The submission period closes February 15, and you can enter your app idea at the Google/Lenovo app incubator page.

Specifics are still to come, but we do know that the device is slated to debut this summer, and the device will sell for “less than $500.”

Read next: Time Warner Cable doesn't know how 320,000 customers' data may have stolen