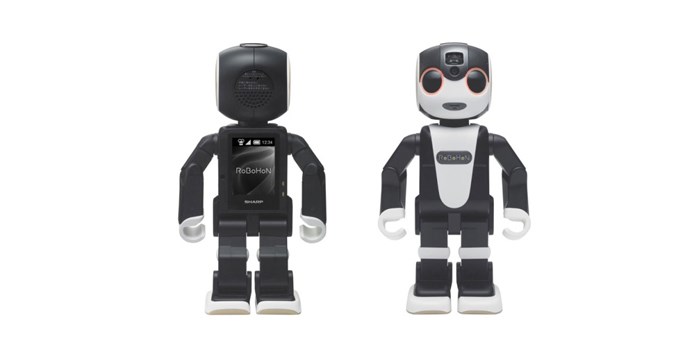 Sharp has announced that it’s building a phone in the form of a toy-sized robot that can interact with users through voice commands.

The 4G-capable Robohon, designed by illustrious inventor Tomotaka Takahashi, stands eight inches tall and has a 2-inch screen on its back. It can identify people using its front camera or voice recognition tech, and can snap photos when they smile.

Robohon also features a built-in projector to cast visual content onto surfaces and can read out messages.

The demo clip above also shows the friendly bot hailing a cab and cheering up its owner when they’re sad. Oh, and you can also use it as a phone, alarm clock and to remind you of tasks.

It’s not clear what OS Robohon runs on, or how much it will cost when it launches in the first half of 2016. But you can be sure we’ll be in line to get our hands on one.

Read next: What's the new Photoshop Fix like on an iPad Pro? Awesome