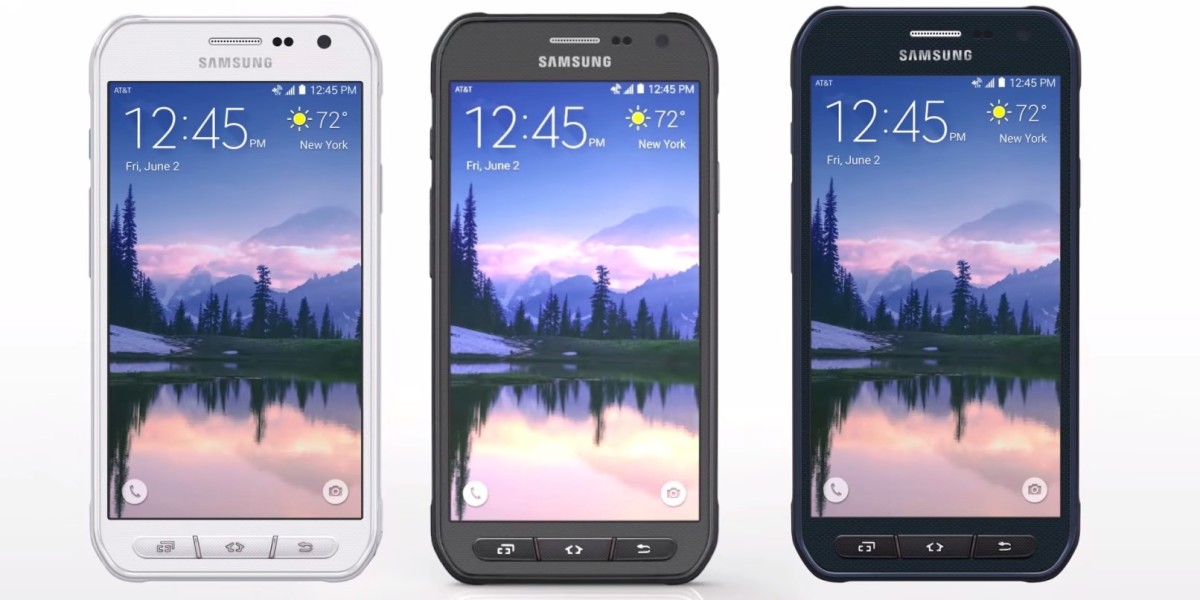 Some details of the device were uncovered in a leaked user manual a few days ago, but we now know exactly what the S6 active is about.

The 4G-capable Android 5.0.2 Lollipop phone features a 5.1-inch Quad HD Super AMOLED display, which makes for a very high pixel density of 577ppi. It comes with a 16-megapixel rear camera and a 5-megapixel shooter in the front.

The S6 active is powered by a 64-bit octa-core processor and comes with 32GB of internal storage as well as a 3,500mAh battery, which is a fair bit larger than the other S6 variants (the Edge tops out at 2,600mAh).

Samsung says the S6 active’s casing is shock resistant, dust proof and should protect the phone from water damage up to a depth of 1.5 meters for up to 30 minutes.

The phone will be available in Camo White, Camo Blue or Gray for $695 off-contract or $200 with AT&T’s two-year plan.

Read next: HTC One ME features the company’s sharpest display ever