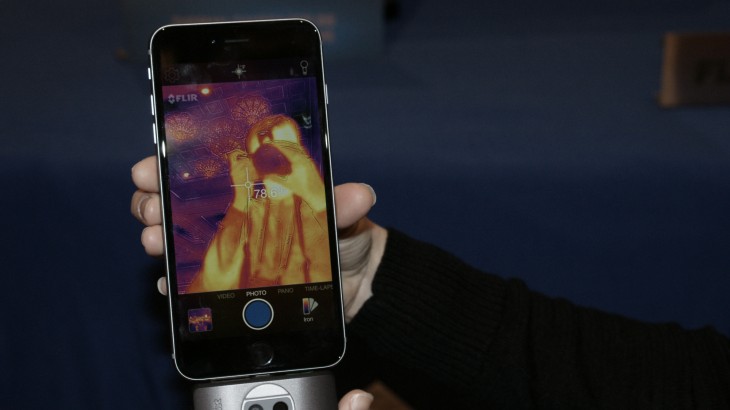 The Flir iPhone case for the iPhone 5s was pretty cool. Suddenly your iPhone was a thermal camera great for checking on heat leaks in your home or just taking really fun photos of friends. But, if you had an iPhone 5c, a new iPhone or Android phone you were pretty much left out of thermal imaging fun.

Flir fixed that with its new Flir One dongle. The dongle connects via Lightning for iOS devices or micro-USB for Android devices. With the companion Flir app users can take thermal photos and use the device as a spot thermometer. If you’re sporting an iPhone, thanks to the reversible Lightning connecter, you can now take thermal selfies.

The Flir One has its own internal battery so it won’t drain your smartphone. If you’re a developer interested in building apps for the device, an SDK for iOS was released in December, while an Android SDK is slated to be released by mid 2015.

The device is expected to land in the middle of 2015 with no word on pricing.

Read next: The mainstreaming of 4K: How Netflix is making 4K accessible with HDR, new UIs and TV recommendations