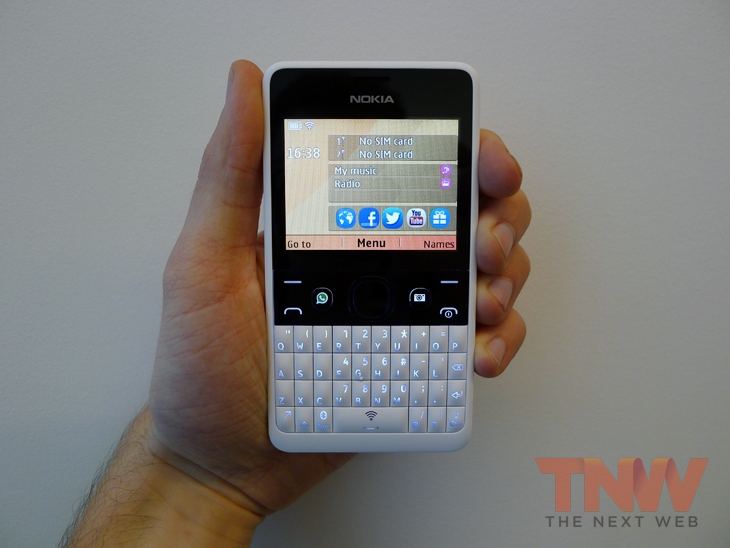 Nokia has continued to expand the user experience for its Asha range after it announced Nokia Xpress Now, a new ‘smart’ app that curates content and websites for users based on what other Asha owners like and read.

The Web app works by aggregating content that the global user base of Xpress Browser users (which Nokia says numbers 80 million per month) is surfing. From there, it serves up the most popular stories and websites via a series of dedicated streams in order to help with content discovery.

“Nokia Xpress Now is about discovering interesting stories and new content based on the wisdom of the crowd,” said Andy Kelm, Vice President at Nokia Xpress Services, “It’s not a magazine, a story or a group of curated RSS feeds, but rather a collection of interesting web content that is always changing.”

Xpress Now provides users with three streams to peruse: What’s Hot, You May Also Like and Most Liked. They funnel through content based on what’s popular in a user’s area (What’s Hot) or the kind of websites that they regularly view (You May Also Like).

The Most Liked feature is a user-curated stream which ranks content based on the number of likes it receives from Xpress Browser users — although this particular feature is not yet live and will roll out “soon”.

“Our intention is to help you to find interesting things, to inform you and to entertain you,” Kelm adds.

The service is being trialled in beta in India, and Nokia says it will expand to more Asha devices and countries as the year progresses. Initial signs seem positive with Kelm saying it has been the most popular app for users since it launched.

I think this is a smart idea given that many owners of Asha devices are likely to be less experienced Internet users, thus this gives them a foot-up to discovering new sources of information, news and entertainment — that can only be good.

From Nokia’s perspective, it also a method of keeping users engaged within its services, cutting the time that they might spend looking for information via Google or social networks. That obviously gives it a chance to provide more value for advertisers and other opportunities to monetize or engage with its users.

Nokia sold 9.3 million touchscreen Asha devices in its recent fourth quarter of 2012. Since those earnings it has unveiled a number of devices including: the 2G, 3″ touchscreen Asha 501, the QWERTY keyboard (and WhatsApp button) sporting Asha 210.

The Finnish company also revamped the Asha platform with a new SDK and an in-app payment tool, both of which it hopes will attract developers to the platform for budget devices.