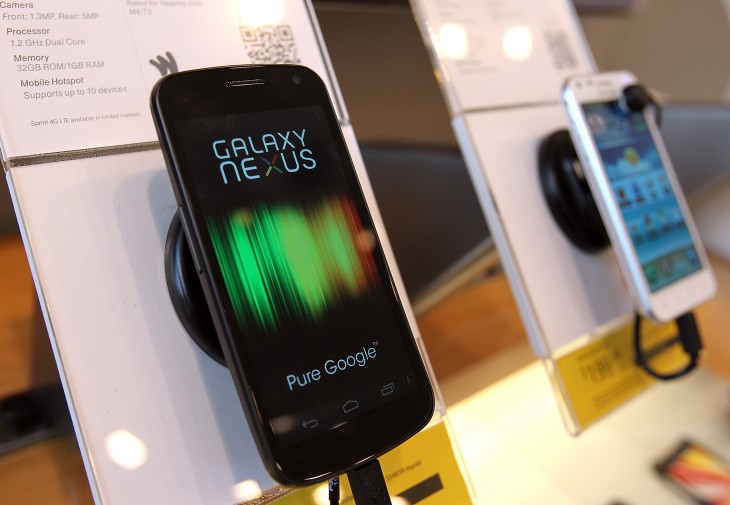 Android and iOS accounted for 92.3 percent of all smartphones shipped during the first quarter of 2013, according to new figures published today by the International Data Corporation (IDC).

The number of new smartphones delivered with Android jumped to 162.1 million in the first three months, up from 90.3 million during the same period last year. It means that Google’s mobile operating system had a 75 percent market share of all new smartphones being shipped around the world – up from 59.1 percent over Q1 2012.

iOS held second place rather comfortably, rising ever so slightly from 35.1 million in the first quarter of 2012 to 37.4 million in 2013. It’s not all good news though; Apple’s market share of new smartphone shipments dropped from 23 percent to 17.3 percent, attributed almost entirely to the new gains made by Google.

The battle for third place

The battle for the so-called “third pillar” of smartphone adoption continues to rock to-and-fro between Windows Phone and BlackBerry OS. Despite launching both the high-end BlackBerry Z10 and mid-range Q10, BlackBerry failed to cling to the third spot in IDC’s figures.

The research firm found that BlackBerry OS shipments had dropped to 6.3 million in the first quarter of 2013, down from 9.7 million the previous year. Given how pivotal the new BlackBerry 10 operating system is – the company worked on the touch-orientated platform for two years – these figures don’t bode well for future sales.

Windows Phone, meanwhile, saw some significant gains. Shipments increased from 3 million in the first quarter of 2012 to 7 million over the last three months. It’s arguably a small rise, but one that brings its market share up to 3.2 percent for overall smartphone shipments for the period. The 0.3 percent lead over BlackBerry suggests that we’ll see the two platforms swap places throughout the year.

Rounding out the top six were Linux and Symbian, with a 1 percent and 0.6 percent marketshare respectively. It will be interesting to see how Mozilla’s new Firefox OS platform fares when it launches in emerging markets later this year, as well as the new Asha platform unveiled by Nokia last week.

“Android and iOS accounted for more than the lion’s share of smartphones in the first quarter, but a closer examination of the other platforms reveals turnaround and demand for alternatives,” Ramon Llamas, research manager with IDC’s Mobile Phone team said.

“Windows Phone has benefited from Nokia’s participation, and BlackBerry’s new BB10 devices have already hit a million units shipped in its first quarter of availability.”

Google continues to put distance between Android and iOS due to its plethora of hardware partners. Unless Apple launches a rather special smartphone later this year, it’s difficult to see how that state of affairs can change.