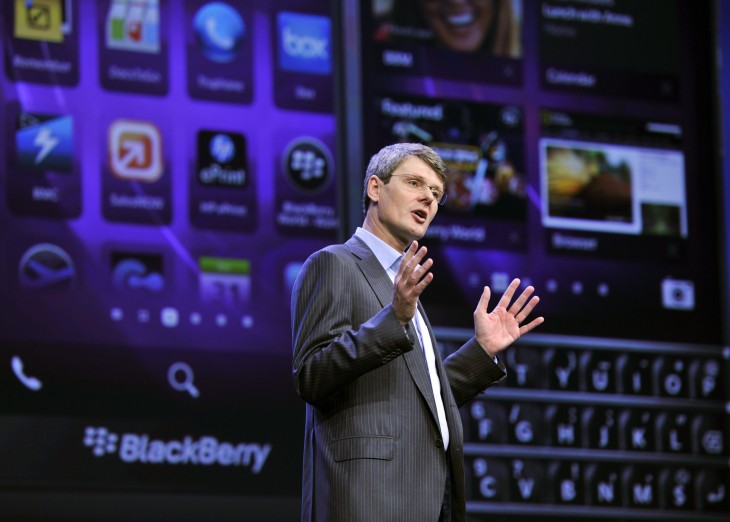 The free update encrypts data from end-to-end, ensuring that users’ personal information is always protected. It works in conjunction with version 10.1 of BlackBerry Enterprise Service 10, the company’s dedicated enterprise mobility management solution for the BlackBerry Z10 and Q10 smartphones.

The new client app has been built with collaboration in mind and offers both one-to-one and multi-party instant messaging, as well as the ability to switch seamlessly from text chat to a voice call.

Users can also update their profile and status at any time, rather like Skype and any other modern instant messaging app, and also access messages from the BlackBerry Hub. For owners who use their BlackBerry Z10 and Q10 for both work and personal use, there’s also the option to separate enterprise-related messages from personal apps and content using BlackBerry Balance.

BlackBerry has been a popular choice in the past with enterprise users and consumers based in emerging markets. The company’s dominance has slipped, however, in accordance with the rise of both the iOS and Android mobile operating systems.

BlackBerry is trying to reposition itself as a company that has broad public appeal. The appointment of Alicia Keys as a creative director, for example, was no accident and the heavy marketing behind Time Shift, a new camera tool that lets users move parts of their image backwards and forwards in time, is clearly geared towards the wider public.

It’s nice to see that BlackBerry hasn’t forgotten its roots, however. The enterprise market is still incredibly lucrative and being able to provide a robust, secure messaging service will be very attractive indeed.

Read next: BlackBerry is finally taking BBM cross-platform, launching on iOS and Android this summer