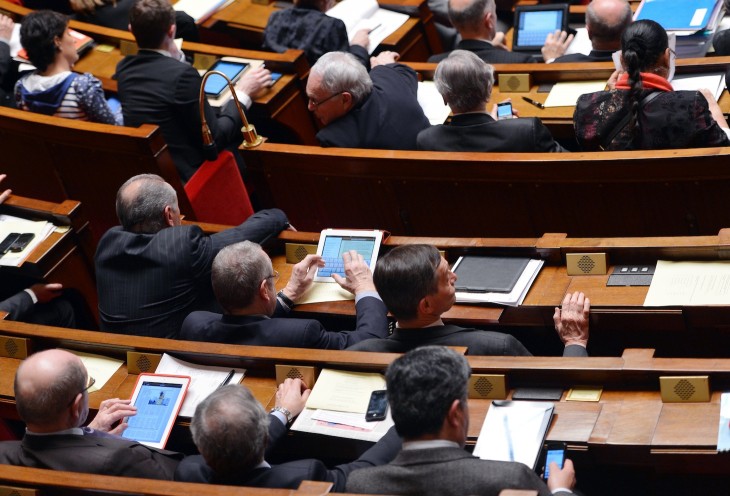 This should comes as a surprise to absolutely no one, but IDC says the market for ‘smart connected devices’ is growing fast, driven by massive global consumer interest in smartphones and tablet computers.

Under the umbrella term ‘smart connected devices’, IDC also counts desktop and portable PCs, which both declined in the fourth quarter of 2012 (shipments were down 4.1 percent and 3.4 percent, respectively).

But overall, vendors shipped 367.7 million ‘smart devices’ in Q4 2012, which is an impressive number either way you look at it.

You can find more charts at the foot of this post.

The research firm says tablet shipments experienced the largest year-over-year growth in 2012, up 78.4 percent over 2011, while smartphones grew 46.1 percent but accounted for 60.1 percent of all smart connected devices shipped throughout the year.

“Smartphones and tablets are growing at a pace that PCs and tablets can’t realistically keep up with because of device prices and to some extent disposability.

We expect smartphones to continue to carry a shorter life cycle than PCs for the years to come based on price, use case, and overall device size.”

After finishing 2011 second to Apple in the ‘smart device’ market, Samsung arose to the number one position in 2012 with just over 20 percent share across the four device categories.

All in all, Samsung shipped 250 million PCs, tablets and smartphones in the past year, up 119.3 percent from the previous year.

However, while Samsung managed to ship more smartphones and portable PCs than Apple in 2012, Apple led all in tablet shipments.