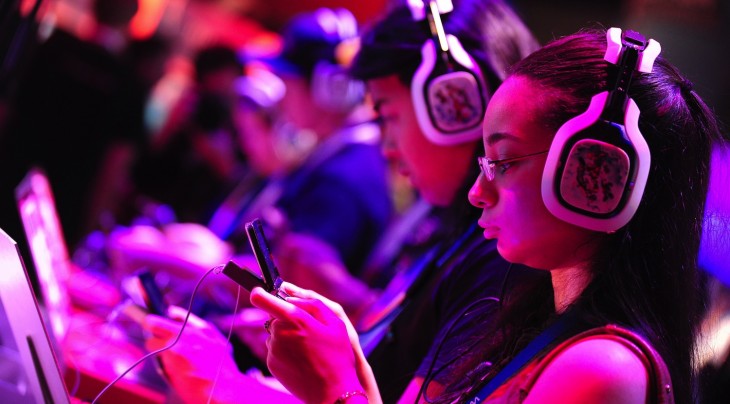 Nintendo and Sony once held a lock on the mobile gaming industry, but Google and Apple have cracked that wide open with their respective mobile operating systems. A new joint report from IDC and App Annie claims that combined spending on games in the App Store and Google Play in the fourth quarter 2012 was higher than the amount spent on dedicated handheld devices.

Handheld game sales gained a bigger boost from the holiday season, with roughly 60% of all spending coming in December alone. As such, the difference between smartphone and tablet gaming and standalone handhelds will likely be more pronounced in future quarters.

It’s also worth noting that ad revenue wasn’t included. iOS and Android publishers tend to rely more on advertising than those on traditional handheld gaming devices, so smartphones would likely have the advantage there as well.

Breaking the figures down by region, almost 60% of consumer spending on Google Play in Q4 came from Asia-Pacific, led by Japan and Korea. Korean messaging service Kakao did particularly well, with several of the top 5 grossing games on Google Play.

North America accounted for about 40% of spending on iOS, with Asia Pacific in a close second. European gamers represented about 25% of revenue for handheld systems, a larger percentage than for iOS and Google Play.

Nintendo has stubbornly held out from bringing its franchises to smartphone platforms. Doing so has been costly, though, as gamers now spend roughly as much on Apple’s iOS as they do on Nintendo’s handhelds. Nintendo lowered its revenue forecasts for the fiscal year last month after lowering sales projections for its Wii U and 3DS devices.

Meanwhile, Sony reduced the price of its PlayStation Vita handheld this week in an effort to revitalize sales. Sony is at least acknowledging the usefulness of smartphones and tablets for gaming, as it plans to release a PlayStation app for iOS and Android devices that will turn them into second screens for its just-announced PlayStation 4 console when it arrives later this year.

The collaboration between IDC and App Annie is a fruitful one, since it allows them to play to their respective strengths. IDC excels at industry-wide hardware and physical sales estimates, while App Annie has deep access to mobile app store-related download numbers. The two plan to make this a quarterly affair.