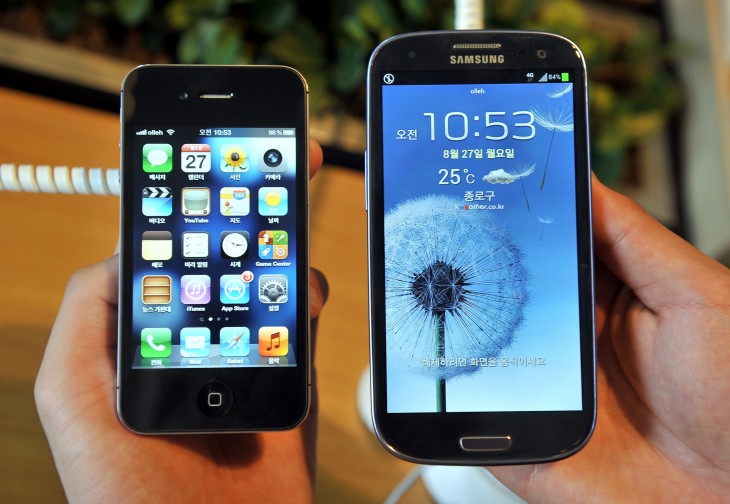 Apple may not be king when it comes to smartphones around the world, but at home it ended 2012 as the top OEM. In the US, Apple is increasing its share in first place and Samsung is slowly gaining on it in second. Rounding out the top five are HTC, Motorola, and LG.

The story is similar in the platform space, although slightly reversed: Google is first courtesy of Android, Apple is second with iOS, but the latter is gaining on the former. Again, rounding out the top five are BlackBerry, Microsoft, and Symbian.

The latest data comes from comScore, which as usual surveyed over 30,000 mobile subscribers in the US (although it limited its results to smartphones this time, for some reason). The analytics firm says 125.9 Americans owned smartphones (54 percent mobile market penetration) in December, up 5 percent since September.

Between those two months, here is how the top five smartphones OEMs have fared:

It appears that the iPhone 5 is helping keep Apple ahead, but Samsung isn’t really affected. Meanwhile, we can attribute LG’s gains to Google marketing the Nexus 4, although sales have been limited by supply issues.

Meanwhile, on the software side, Google is dominating and Apple is moving ahead in second place. Everyone else is losing share or has already become irrelevant (take your pick):

Samsung may be slowly gaining on Apple in the smartphone space, but iOS is growing faster overall when compared to Android, at least in this snapshot. Google gained 0.9 percentage points between September and December (up from 52.5 percent to 53.4 percent) to further pull ahead in first place. Apple increased its share by 2.0 percentage points (moving from 34.3 percent to 36.3 percent).

Meanwhile, BlackBerry is down 2.0 percentage points (from 8.4 percent to 6.4 percent), Microsoft lost 0.7 percentage points (from 3.6 percent to 2.9 percent), and Symbian seems to have stagnated at 0.6 percent. Naturally, we’ll be looking closely to see if BlackBerry can recover in the coming months with its BlackBerry 10 launch, though it will be very difficult as the company continues to be the biggest loser in these studies, month after month.

Again looking at the winners and losers, Google and Apple gained a combined 2.9 percentage points, while the other three lost 2.7 percent. The duopoly is even stealing from other smartphone OS makers as Americans seem to be perfectly happy to choose between the two camps.

Read next: Google could be working on new Chromebook Pixel computer with high-density and touchscreen display