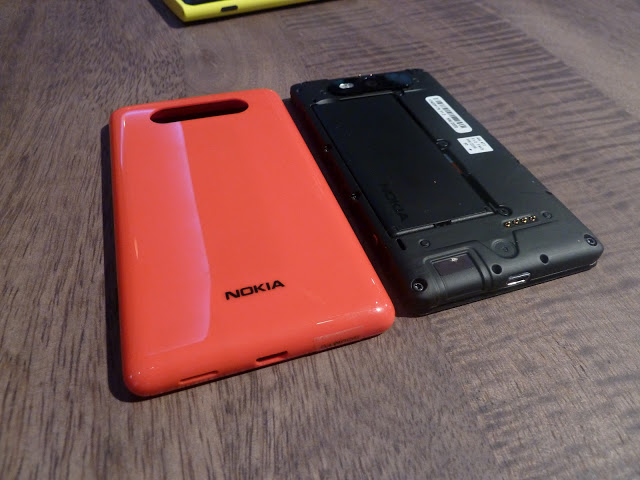 We knew it was coming but today Nokia has confirmed that it will launch a variant of its Lumia 820 Windows Phone 8 handset — the Lumia 822 — which will be available via Verizon, just hours before the Windows Phone 8 event today.

Like the Lumia 820, the Verizon-bound device will feature interchangeable shells, which can include the wireless charging pad for Nokia’s expanded charging accessories. In fact, the Lumia 822 will be a variant of the Lumia 820, available on AT&T, and will be available in black, white, and grey.

“Bringing the Nokia Lumia 822 to Verizon Wireless allows us to expand our award winning Lumia brand to even more customers here in the United States,” said Olivier Puech, President of Nokia Americas. “With the Nokia Lumia 822, first-time smartphone buyers – and those ready to switch – will get high-quality performance on both their device and Verizon Wireless’ incredibly fast 4G LTE network.”

The company has remained silent on when the device will become available. However, according to leaked Verizon documents, the Lumia 822 will be available from November 12.