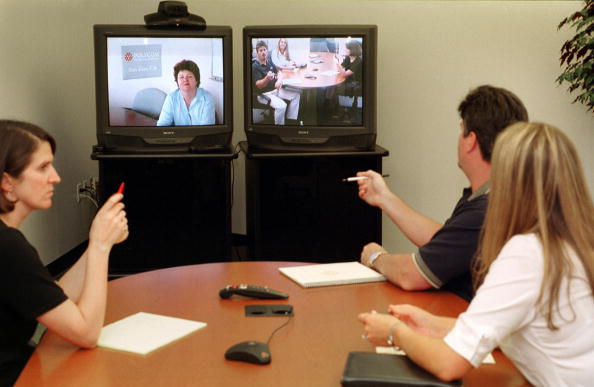 Telefonica Digital, the forward-looking digital arm of the world’s fifth largest mobile carrier, has just acquired Tokbox, the video conferencing platform. No terms of the deal were announced, but both sides say that everybody was pleased with the outcome.

Discussions about potential acquisition first started when Tokbox released OpenTok, its cloud-based API that allowed users to add face-to-face video to applications, in November 2010. Telefonica had been experimenting with the API and once Tokbox discovered this, the two companies engaged in some dialogue about how to work together and find out where the startup was going as a platform and how it was being supported. But it wasn’t until the last couple of months when serious conversations took place about joining forces.

From Telefonica Digital’s perspective, it sees what Tokbox is doing as important in the future and would like to see video better used in its offering. Tokbox will have access to Telefonica’s 300 million paid customers across 25 countries and incredible support that a carrier can provide. For any corporate client interested in utilizing video conferencing, they can feel more at ease knowing that the video component will be supported by quality security and privacy controls.

The telecommunications giant is highly interested in mobile technology and that appears to make this relationship pretty special. Right now, the company has its arm in every device imaginable, especially with its latest mobile product called TuMe, a universal communication app that allows users to put text, calls, photos, and more into a simple timeline. But while that’s great, Telefonica is definitely interested in adding in the video aspect to the equation since more people will probably be using video to communicate with each other — just look at the enormous popularity of FaceTime and Skype.

No major changes are expected for Tokbox’s OpenTok API except that it’s going to get “bigger, better, and stronger”. The company has been doing a lot of work over the past six months looking at upcoming new forms of transport, HTML5 compatibility, available platforms within the mobile space, along with a number of other things that are out being tested by developers, such as increased quality, decreased latency, improved functionality, etc. There are currently more than 50,000 developers integrating its API into their services so they can expect some new features soon.

With the acquisition, Telefonica will integrate Tokbox’s platform and add cross-platform web-based video communications to what it currently offers in the realm of video and messaging. The Tokbox video API will be incorporated into the BlueVia platform enabling users to have a unified video, voice, and text API with a truly global reach.

Tokbox had previously raised $26 million in funding from Sequoia Capital, Bain Capital Ventures, DAG Ventures, and others. While Telefonica is headquartered in Europe, Tokbox will remain in San Francisco and be the telecommunication company’s West Coast office. All employees will remain with the company.

Ian Small will remain as CEO of TokBox and Carlos Domingo, Director of Product Development & Innovation at Telefónica Digital, will join theTokBox Board of Directors and become Chairman of the company. The acquisition was led by Telefónica Digital’s Silicon Valley-based venture investment team.