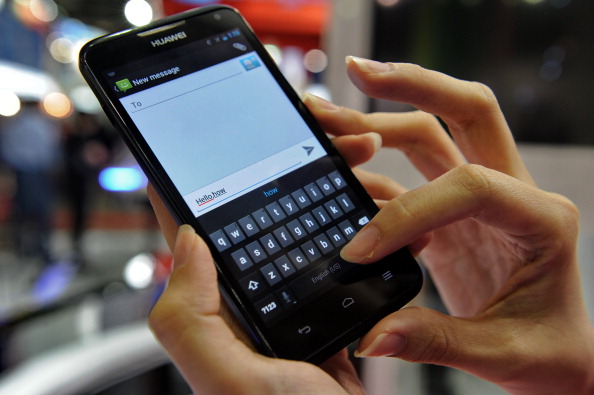 The telecommunications industry has been evolving over the past couple of years and today, one of the major players in the industry is announcing a major milestone. textPlus, a leading provider of free mobile communications around the world has announced it has raised $18 million from the Raine Group for its Series D round of funding.

GOGII, the parent company of textPlus, has also announced that it will be rebranding itself to textPlus. Originally named as GOGII, the company wanted to play off of their SMS code 60611, but never really played up the concept of its shortcode. Its main product, textPlus, has been doing phenomenally well over the past few years — surpassing over 40 million downloads here in the US and Canada offering much more than just group text messaging. With the rebranding of the company from GOGII to textPlus, it is attempting to place more of an emphasis on the “plus” aspect beyond texting.

When I spoke with founder Scott Lahman, one of the things he wanted to emphasize was that textPlus wasn’t about group messaging. It was never expected that group messaging was going to be a service that it would provide, rather a service. The key thing that users need to understand is that textPlus is meant to be a choice for all your communication, similar to a virtual operator. All users of textPlus instantly get their own phone number which they can use to turn any connected device into a phone — a 15 year old could simply take their iPod touch, combine it with a textPlus number and you’ve given them their first phone.

Lahman’s reaction to the latest round of funding was:

The tremendous growth and success of our business in just the US and Canada tells us we’re well on our way to realizing our goal of becoming the world’s leading mobile communication destination.

With this new round of funding, textPlus is going to focus on international expansion. Right now, those in the UK can download textPlus and make international calls. It will be focusing on native territories where textPlus can offer local numbers. The company will be expanding to additional territories within the next 2-6 months.

textPlus will also be focusing on its product development as well. One of the things working internationally is that global telecommunication companies require native support in various territories — textPlus is working on improving products and operations to account for this. The main differential that Lahman thinks will separate itself from a competitor is quality. And for textPlus, quality has always been top of mind — many of its choices have been made based on quality of the interaction.

The Raine Group is a recognizable venture capital company that poses some substantial benefit to Lehman and the rest of the textPlus team. This investor has been involved in the telecommunication, media, and entertainment space that will allow the company to drastically expand internationally to benefit its customers. Lahman told TNW that the Raine Group is a perfect fit to the team because what it offers mirrors exactly what textPlus is all about.

The company is now servicing over 110 million people worldwide through its open network and provides full phone functionality over 3G/4G/Wifi over networks. textPlus is seeing that people are spending about 75 minutes a day on the app. In addition, combined, users of textPlus have spent the equivalent of 170 years in the application each day.