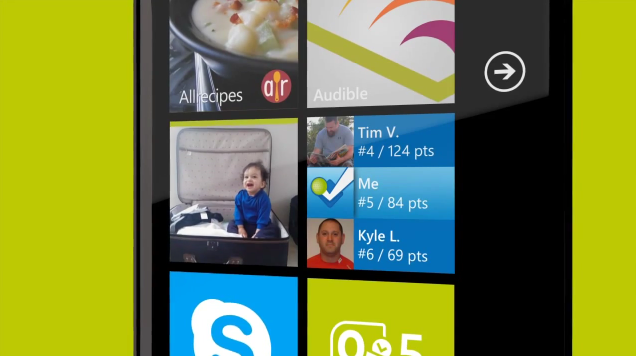 With Nokia’s joint Windows Phone 8 launch event with Microsoft just a couple of weeks away, a new report today suggests that the Finnish company will unveil two new smartphones, a high-end device codenamed ‘Phi’ and a mid-range handset with the codename ‘Arrow’.

According to The Verge, both handsets will form part of Nokia’s Lumia range and will be carried by US operator AT&T. The Phi — which has reportedly been pictured in its prototype form — will be exclusive to the carrier, while the Arrow may also be available to T-Mobile subscribers.

Verizon is also tipped to offer its own variant of the Arrow, which is codenamed ‘Atlas’.

WMPowerUser reports that Nokia’s Phi smartphone will sport a 4.7-inch display and come in thinner than both the Lumia 800 and Lumia 900. The Verge follows this up with the suggestion the screen will feature a “large curved glass display” and a polycarbonate body.

The launch event is scheduled for September 5, when we will finally know what Nokia has planned for its new Windows Phone 8 lineup. We will be reporting live from the event in New York City, so you won’t miss a thing.

Read next: Microsoft reels in YouGov, NBC, Rock the Vote and more for Xbox US election hub