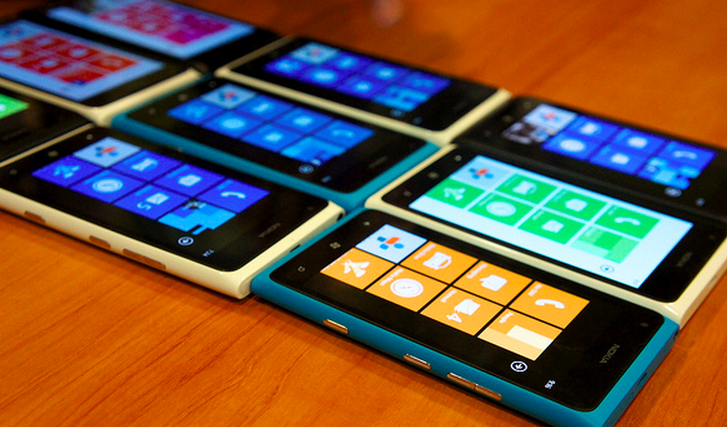 File this in the ‘I’m not sure that’s a good thing’ category. Today on its ‘Conversations’ blog, Nokia posted about its Lumia line, specifically as to why new owners of the handsets were selecting the devices.

The results are varied. The company is proud, however: “We also asked our Twitter community for their reasons for switching, and we were pretty taken with [the] responses.”  However, after spending a bit of time running thought on the final tally, I’m not so sure that it should be.

Here’s the infographic, for your reference:

First up, 1 out of every 5 Lumia owners did not select the handset because of the unit itself, but instead denoted themselves as using the phones because they were merely bored of the competition. That’s not an endorsement of the Lumia in any way. It could be viewed as a neutral note, but I don’t read it that way – if ‘I was bored’ is the best that users can do, that’s not exactly a ringing plaudit of their new phone.

Another 25% did it for the team, being fans of Nokia. That, again, isn’t saying much nice about the handsets themselves, but instead points out a certain level of brand loyalty to their parent.

Taken together, that implies that  at least 45% of Lumia owners didn’t buy their handset because they wanted a Lumia, per se. They ended up with one, yes, but that’s about it. And this data is via Nokia itself.

Moving along, 20.5% of owners bought the phone for its ‘software.’ That means Windows Phone, right? Probably, but it could include special Nokia apps for Windows Phone, right? Aha! Nein! Check that far right box: ‘Exclusive Apps’ is its own category. Therefore, I would posit that we’re really hitting on the Windows Phone card here, in regards to the 20.5% number.

We could go on, but it really boils down to this: the only two categories above that are in fact complimentary of the Lumia phones are their design, and special apps. Total: 28.4%. That’s barely more than a quarter.

Nokia is moving millions of Lumia devices. However, when the Lumia collection of handsets failed to explode the Windows Phone platform, some scratched their heads – these are good phones! Well, check the above stats and you have your answer. They hit a nice demographic of Nokia fans, Windows Phone fans, and people bored of iOS. That’s just not that large a piece of the total smartphone market.

Read next: Genius: Print out an envelope that shows your exact location thanks to Google Maps