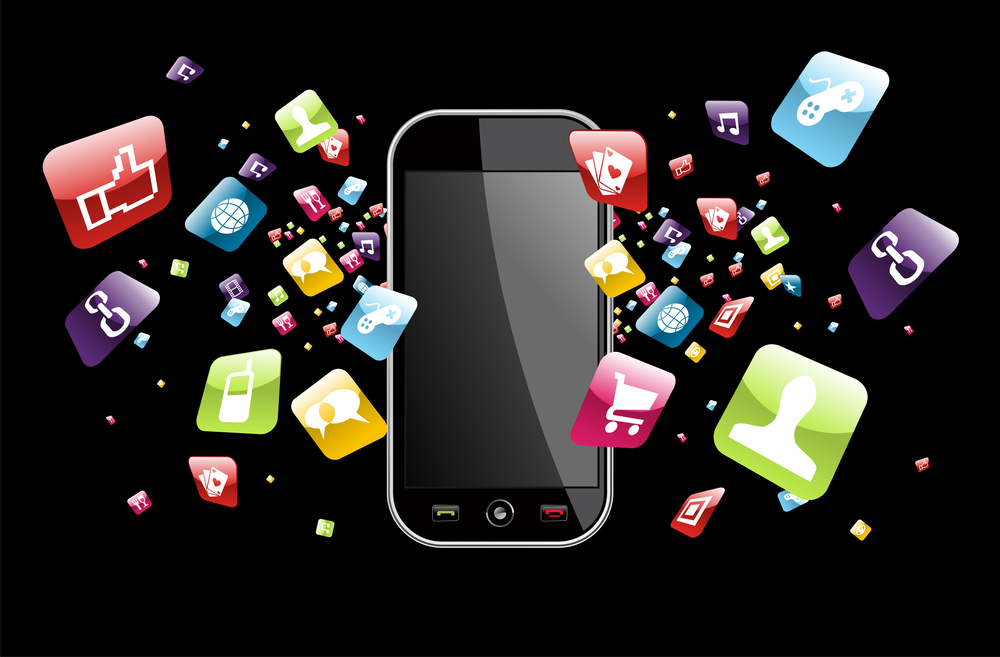 The current state of the Apple App Store for iPhone shows that the top 200 highest grossing applications in the U.S. generate 31% of the top 200 highest grossing applications of all countries combined. In other words, the share of revenue generated outside the US increased significantly over the past two years. This shows that the app industry is truly becoming more and more of a global phenomenon.

One year ago, Distimo wrote about the rise of Asia in the app market, and our research revealed that China was the second largest app market in terms of downloads. Other East Asian countries, like Japan and South Korea, were also booming in terms of apps downloads. This meant that the U.S. was no longer the only market to focus on when publishing applications in the App Store.

For the purpose of this article, we analyzed the application market in the top 30 iPhone countries over the course of the past year in terms of revenue. The total overall revenue generated by the top 200 highest grossing apps in these countries combined increased by 67% in the Apple App Store for iPhone since May 2011. The top ten countries in terms of yearly revenue growth are presented in the table below.

The East Asian markets continued to grow at a high pace in the App Store. However, there are now several interesting non-East Asian countries among the top ten fastest growing countries in terms of revenue. These emerging app markets are Brazil, Mexico, Russia and Turkey. All developers that develop for multiple markets should keep an eye on these countries, as they showed strong growth during the past year, and are likely to continue or even accelerate their growth.

This article features an in-depth analysis of the four emerging app markets: Brazil, Mexico, Russia and Turkey.1 All of these four countries showed a higher year-on-year growth in revenue than the U.S. The U.S. itself ranks as the thirteenth fastest growing country at 44%.

Combined, the top 200 highest grossing applications in the Apple App Store for iPhone in these four countries generated $160K every day during May 2012. In order to examine the similarities and differences between these four fast growing app markets, we must first look at their month-on-month growth. The graph below shows the revenue per month. Revenues generated in May 2011 are set to an index of 100 for all countries in the graph. The U.S. is added in the graph as a point of reference.

One of the most remarkable observations from this graph is the high growth of revenue in Brazil during April 2012. The most important reason for this is that there were no games available in the App Store in Brazil before April 2012. When games became available in this country, the generated revenues jumped by more than 80%. Brazil is now the top revenue generating app store market in Latin America.

Mexico, one of the largest growth markets as well, is the second largest market in Latin America in terms of revenue. Revenues generated in Mexico during the last year moved almost exactly in line with the U.S. However, in May 2012, when almost all of the app store markets worldwide experienced a decline in revenues, the revenues in the U.S. dropped significantly more than in Mexico.

Turkey and Russia showed the most consistent growth of these four countries. Since September 2011, the app store revenues generated from these countries grew almost continuously month-on-month, while in the other countries there have been months where revenues dropped significantly during the same period.

The story outlined above shows that these countries have tremendous potential. For developers who want to start publishing apps in these markets, it is interesting to see whether the markets are different from each other and different from the largest market for apps, the U.S.

The findings above are also reflected in the download volumes. We calculated the ratio of downloads generated by the top 200 free versus downloads generated by the top 200 paid applications. The free-to-paid ratio is higher in favor of paid apps in Mexico among these four countries. For every 100 downloaded top 200 free apps, six top 200 paid apps are downloaded. It is the most difficult to sell apps in Turkey: for every 100 free apps only two paid apps are downloaded.

In all of the countries, Games is the category that generates the most revenue. Interestingly, games have only been available in the Brazilian App Store since April 2012, but the proportion of revenue generated by the Games category is relatively small compared to other countries. In all countries, Entertainment is a top category as well. In Brazil, the Navigation category is the second highest revenue generating category with 12%. The Navigation category comes in at the ninth spot with only 3% in Mexico.

Another remarkable difference is the success of the Books category in Russia. In Turkey and Brazil, the Books category is the second least and fourth least successful category respectively. Hence, publishing a book might be a good idea in Russia, but you might want to rethink your strategy if you want to publish a book in the App Store in Brazil or Turkey.

The data shows that these four new emerging app markets should not be taken lightly. The high growth makes these markets interesting for developers. However, the markets all have their own characteristics. A successful category in one country could be an unsuccessful category in another. It is important for developers to review their business models or the type of app if they aim for success in a specific country as well, since customers from some countries like paid apps, while customers from other countries prefer freemium apps.•

Read next: 5 essential tracks for August, in association with 22tracks