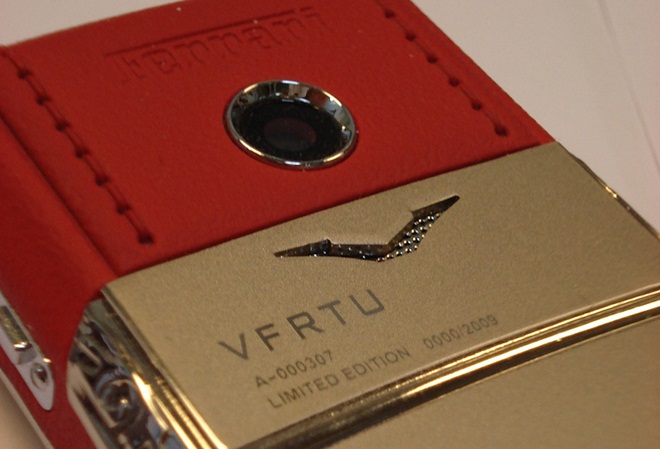 It’s turning out to be quite a day for Nokia, after the firm confirmed that it has agreed to sell Vertu — its luxury brand — to European equity group EQT VI for an undisclosed sum.

The Finnish firm will keep a 10 percent stake in the 1998-founded company and described the decision as “the best option for the next step in Vertu’s journey”.

News of the deal comes as the company announced restructuring plans that will see it shed 10,000 jobs by the end of 2013, while it also revealed that it will acquire assets from mobile imaging firm Scalado.

Nokia created Vertu to design and sell high-end, luxury mobile devices and accessories. Many of the devices are encrusted with jewels and built from precious metals, stones and other stamps of luxury. The product line stretches from an entry-level $5,100 phone to the top of the range $83,000 Signature Diamond.

Virtual also produces bespoke devices, and its most expensive handset — which included three carats of diamonds and rubies – sold for $350,000.

Its regular devices are often co-branded with high-end brands, including Ferrari, in partnerships that are aimed at appealing to high-end, wealthy consumers.

Nokia has not revealed exact sales figures for the Vertu business, but it claims that the brand has “delivered double digit sales growth over the past few years”, with the Vertu range of devices and services hitting a “discerning and growing” audience.

That growth has brought interest from EQT VI and Jan Ståhlber, a partner at the firm, says it is  planning to invest in retail expansion, marketing and product development to growth the Vertu business.

Further details of the deal have not been disclosed but it is expected to be closed during the second half of 2012.

The sale of Vertu has been long expected and a $200 million deal with Permira, which is also a private equity group, was mooted by financial media back in April.

Vertu is headquartered in the UK and employs 1,000 staff worldwide.