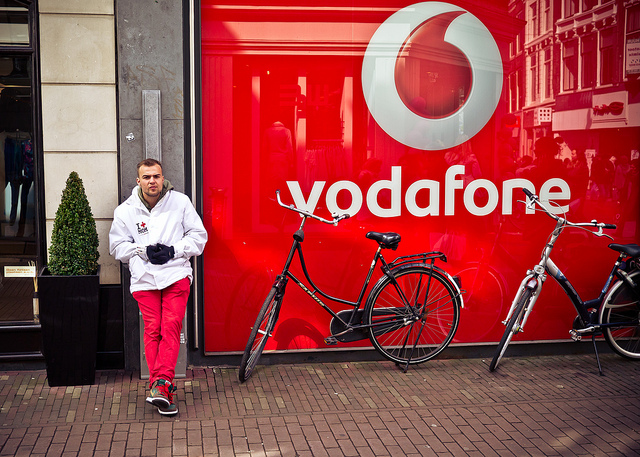 UK operators Vodafone and Telefonica (O2 in the UK) have announced they are to combine resources to build 18,500 mobile sites to increase their network coverage for their customers but will continue to offer competing services on different mobile frequencies.

In what appears to be a move to compete with the recently formed Everything Everywhere (a merger between Orange and T-Mobile), O2 and Vodafone are targeting 98% indoor coverage across 2G and 3G by 2015.

They have also committed to “lay the foundations” for two competing 4G networks which will operate a faster service than if both companies were to attempt to upgrade their networks independently.

The idea is to form a single network grid that will operate on Vodafone’s and O2’s respective mobile frequencies. Both companies will control their wireless spectrum, offering separate mobile Internet and voice networks.

A new 50/50 joint venture company will be created through the consolidation of both Telefónica UK and Vodafone UK’s existing basic network infrastructure, including towers and masts, which will be transferred to the joint venture or decommissioned over time.

Under the proposals, both companies will have access to a single grid of 18,500 masts representing an increase in sites of more than 40% for each operator. The joint venture will also be responsible for the building of new sites needed to extend coverage into rural and remote areas.

Utilising the same network sites, O2 and Vodafone will be able to decommission duplicate sites, resulting in a 10% overall reduction in the total number of UK sites, that are used by the two operators. The shared sites will employ an intelligent backbone network that will connect to each operator’s networks, with O2 managing the eastern half of the UK and Vodafone the west.

Everything Everywhere (the parent company of T-Mobile and Orange) has just completed its network switchover, helping customers on each independent carrier connect to each other’s 3G services across the UK. Today’s announcement looks to be a necessary move for both Vodafone and O2 so that they can compete on coverage and ensure that their own networks aren’t left behind by the UK’s new biggest operator.

Telefonica and Vodafone are in talks with Ofcom with the view to establish the joint venture and network sharing arrangement, hoping to see it clear by the end of the year.

Read next: Berlin startup Crowdpark bets on Euro 2012 with the launch of 90Live game