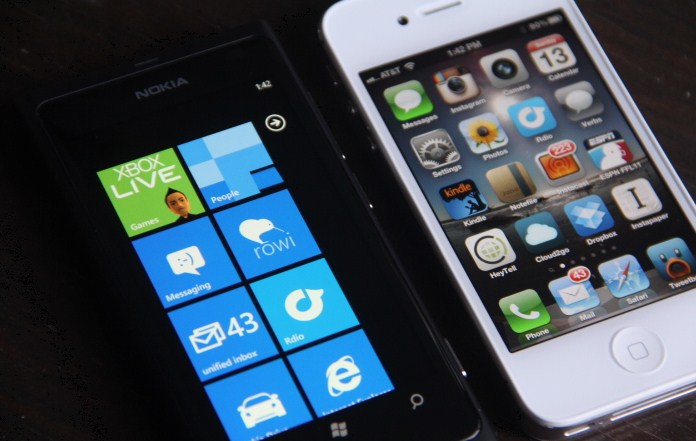 Good news Bruce Wayne fans, provided that you don’t live in the United States, you may be able to get your hands on an engraved Nokia Lumia 900 handset. Of course, only black Lumia 900’s will be etched with the Bat Symbol, and not that many of them. According to PocketLint the production run will be “extremely limited.”

The location game here is interesting – quite often it’s the United States that gets the goodies, but not in this case. Instead, Germany, France, and the United Kingdom appear set to receive the handsets. Eat it, Americans.

Now, to the pictures of what the phones should look like (all images via PocketLint):

That’s a hot little detail. What I like most about it is how small, and unobtrusive it is; a fan of Batman could have the phone, enjoy its exclusivity, and not mark themselves as something monstrously nerdy. How much the phones will cost is yet unknown. Nokia previously released Lumia 800 devices with similar engravings.

One last note from a fashion perspective, this from VentureBeat: “And while having a Batphone is undoubtedly cool, clipping it to your waste like a utility belt is still most certainly not.” That’s quite true.