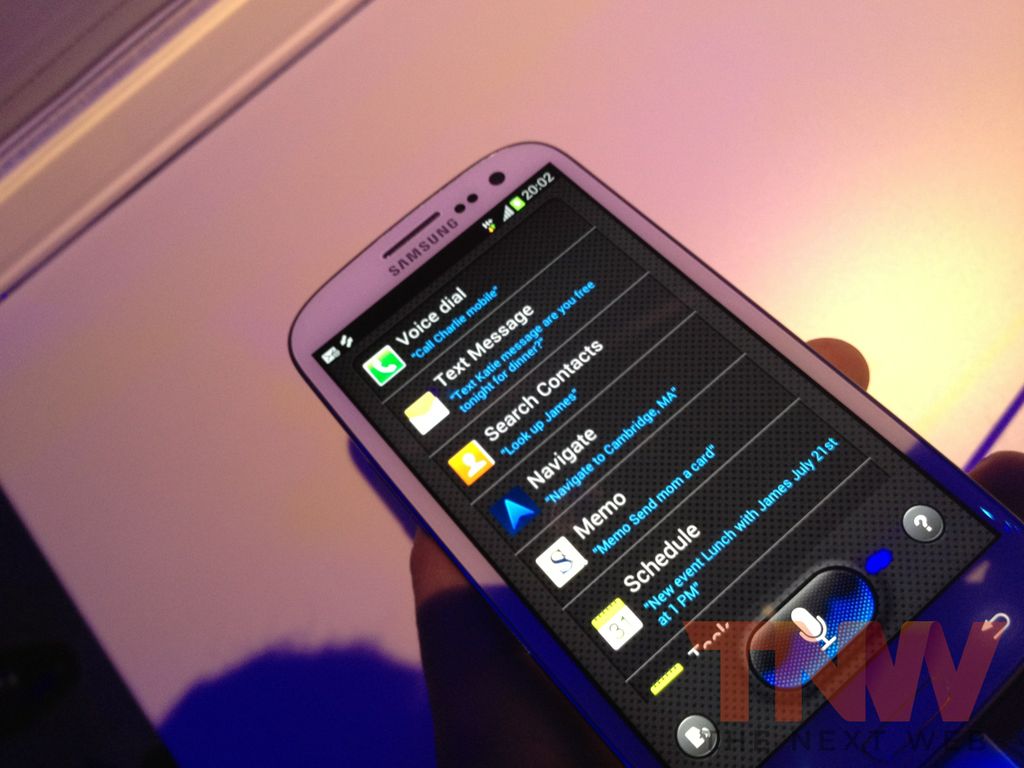 The S-Voice APK, which contained services that were exclusive to the Galaxy S III, allowed owners of other Ice Cream Sandwich-powered smartphones to install Samsung’s new voice assistant (its Siri rival) and perform commands on their devices.

It appears that in the last 24 hours, Samsung (and it’s partner Vlingo, the technology behind the voice functions) have begun detecting requests from non-supported devices and blocking them, displaying the message: “Network Error. Please Try Again.”

Members of the XDA Developer community, some of which had originally leaked the Samsung builds, have confirmed that while requests are sent, they aren’t being processed by Vlingo’s servers:

At the moment we start using S Voice we are sending all the following info to them:

Looks easy to them to deny the requests from the phones other than Galaxy SIII. And they are doing this obviously, look at the response:

By sending a string of data that identifies the device generating the requests, Vlingo can proactively block any device that shouldn’t have access to S-Voice. However, this does mean that it could be possible to spoof the device ID of an unsupported device, fooling Vlingo into processing requests again.

The Galaxy S III is just days away from going on general sale, it’s no surprise that Samsung doesn’t want other Android device owners to use one of its most advertised features. But that’s Android for you, it’s certainly a lot harder to grab Siri from the iPhone 4S and load it on to another non-supporting Apple device.