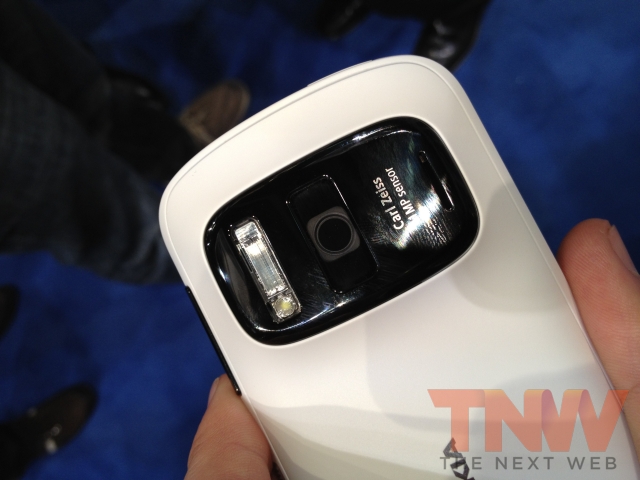 Nokia’s new 808 PureView may be nearing launch, but the optics-heavy smartphone is still veiled in secrecy.

We’ve had the chance to give the hands-on treatment but the story behind why Nokia would want to place a 41-megapixel sensor in the device has for the most part remained unanswered — until today.

Nokia decided that it was time to explain, in its own words, just how the 808 PureView came to be, recording a mini-documentary featuring the handset’s inventors, Eero Salmelin and Juha Alakarhu.

The duo and other executives explain what it took to take it from a concept conceived in a Tokyo bar to a device that was named best in show at this year’s Mobile World Congress. No matter the opinions you have on the company and its devices, you will find it difficult not to admit it is impressive:

The device sports a 4-inch 16:9 nHD (640 x 360 pixels) AMOLED screen, 1.3GHz single-core SoC, 512MB of RAM and 16GB of internal memory. However, the Nokia 808 PureView is obviously going to attract attention for its high-resolution 41-megapixel sensor with Carl Zeiss optics and its ‘new pixel oversampling technology.’

The 808 PureView is set to launch in Russia and India later this month, bring its Symbian-powered goodness to select markets before a wider release.