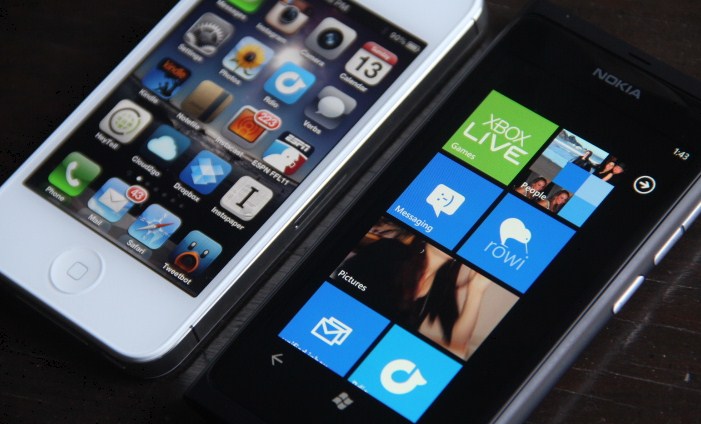 The big rush down the price ladder continues for Windows Phone handsets, with Samsung now entering the fray. Say hello to the Omnia M, which will cost a mere €294.99 ($380) sans contract. Given that mobile contracts tend to knock hundreds of dollars out of a phone’s sticker cost, the phone will cost but a song with a new carrier deal.

What of it? It’s yet another cheap-as-hell Windows Phone, and this time, it’s not for the US market. Hot on the heels of the Samsung Focus 2, which will cost a mere $49.99 (€39) in the United States with a contract, the Omnia M mirrors its low price scheme. But they are hardly alone. The Lumia 900 (by Nokia) costs a mere $99.99 (€78) in the United States with contract. Even more, Nokia’s Lumia 610 is cheap the world around (where available, of course).

What is going on? Microsoft made a bet with its mobile operating system: make it light. This means that the code that Windows Phone runs on doesn’t require the latest, and most expensive, hardware. Thus, cheap phones that provide a strong user experience can be sold, with no compromise.

It’s a way to attack a market of (comparably) high priced hardware, and entrenched brands. Now, what is inside this Omnia M? WPCentral has the details:

The Omnia M, to refresh the early waking cogs on this Monday morning, sports a 1GHz  CPU with a 4″ Super AMOLED screen and 4GB of storage on board. It features HSPA at 7.2MBps. Still no word on availability as-of-yet, but we’re sure more details will come to light soon. The device is slated for a European release.

There is now a plethora of cheap Windows Phone handsets, but where are the sales reports? How long until we hear about what effect these low priced units are having on the larger Windows Phone ecosystem? We can report on strategy all year, but to delve into some figures would be a welcome reprieve.