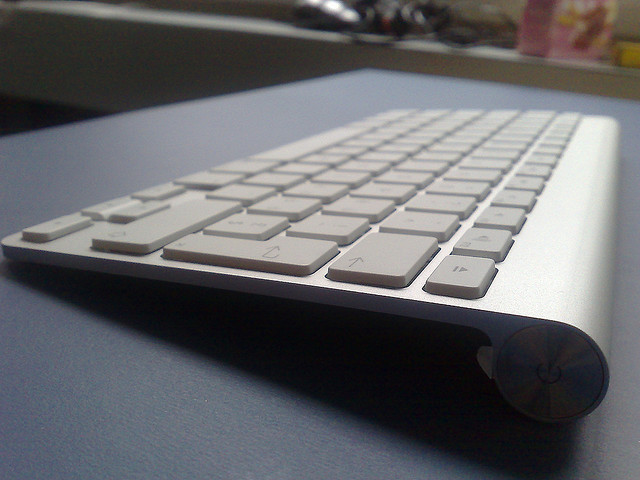 We told you about an app called SlideWriter the other day that could hopefully help all of us who hate typing on the iPad. Even though the app isn’t available yet, a lot of people responded positively to it, since using the on-screen keyboard seems to be an issue for people other than myself.

If you don’t want to wait around for app-sistance and happen to own Apple’s wireless keyboard, this Kickstarter project called Touchtype might be for you. It’s a case for your iPad that safely houses your wireless keyboard so it doesn’t scratch your lovely, and expensive, device’s screen.

The secret to its safety? Where it stores the iPad apparently:

The Touchtype case stores the Apple Wireless Keyboard underneath the iPad — not on top (like most other keyboard cases). This means you have direct access to your iPad as soon as you open the cover. To use the keyboard, just move aside the elastic restraining loops and slide it out from the pocket. There when you need it, gone when you don’t.

Here’s a video about Touchtype, which you can fund by heading over to its Kickstarter page.

Read next: 11 Beautiful logos to inspire your inner designer