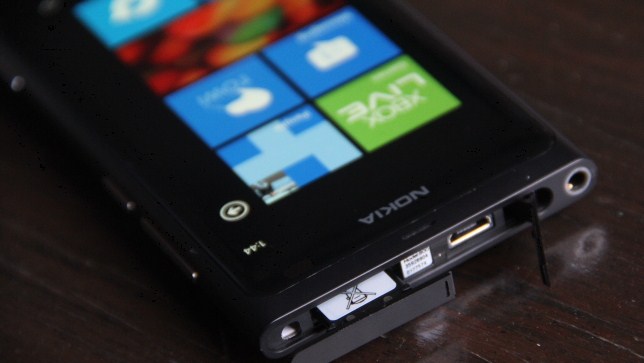 Nokia’s Lumia line of smartphones is new enough that if you have some of its component handsets mentally twisted, fret not. Here’s the straight dope: the Lumia 710, 800, and 900 are real. However, rumors are running hot about Nokia’s Windows Phones, and so figuring out what is legitimate, and what is not, can be hard.

Case in point, the Lumia 610 appears to be real. Today, however, a new potential phone came to the fore, the Lumia 805. Except, unlike the 610, the Lumia 805 is as fake as can be, and that is exactly why I want to talk about it. Here’s the skinny: A Chinese man came up with an idea for a handset. Then a separate individual took that work and spun out the following image:

The forum post that accompanied it was chock full of information that gave it an air of truth. It was supposed to have a 3.9″ ClearBlack AMOLED screen, a specific 1450 mAh battery, and 16 gigabytes of internal storage. Of course, all that is bogus. It’s tosh. Malarkey. After reporting the image and its contents, the Windows Phone-focused publication WMPowerUser received a comment from the original individual who had thought up the gizmo, explaning how the fake had come to be.

Now, there are some structural issues with this rumor that would have left us extremely skeptical, but I wanted to share how information often crops up; certainly, in various local-language forms real leaks do occur, and they are often critical. However, there is a never-ending pile of chaff to dig through. Keep that in mind when you see anything that doesn’t quite line up.

We filter for you, but even TNW may slip up on the occasion, so keep one eye on all sources, and always check for follow-up coverage. The world of consumer electronics has never been hotter, or more profitable. This leads to people wanting to feel important by inventing information to share, making them appear to be insiders. They aren’t.

Now, get back to enjoying your weekend.