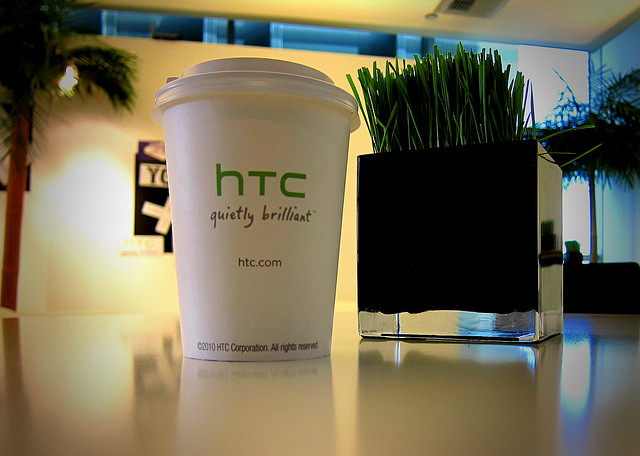 Taiwanese mobile giant HTC is set to adopt a similar strategy to its smartphone-making rival Samsung and amend its quarterly financial statements to no longer reflect the number of smartphones it sells.

Digitimes reports that the change is set to come into effect from February, over concerns that it is ceding information to its rivals operating in the increasingly competitive smartphone market. More importantly, it may also be as a result of the increasing number of patent lawsuits in which the company has been involved:

In addition to concerns over increasing market competition and the sensitivity of business information, the new conservative policy adopted by HTC may relate to the escalation of patent wars which usually involve large sums of royalty payments charged on sales volume, commented industry sources.

HTC’s main competition in the smartphone market comes from Apple and Samsung, both of which posted record revenues in their last quarters as smartphone sales hit new records. Apple saw 37 million iPhones sell in its first fiscal quarter, with Samsung tipped by analysts to have sold 35.5 million devices.

The lack of figures from Samsung has placed significant importance on research analyst reports, which probe the supply and sales chains to gather information on smartphone sales. Samsung has regularly linked to reports by Strategy Analytics but the figures have never been confirmed.

With falling sales and declining revenues, HTC said it will slash the number of smartphones it releases in 2012, concentrating on giving its customers “something special”.

HTC’s quarterly net income dropped 26% to $364 million in the fourth quarter, its first profit drop in two years, leading the company to rethink its strategy for the coming year, as it looks to compete with rivals Apple and Samsung.

Eartlier this month, HTC CEO Peter Chou said that he welcomed competition, believing its competitors can help it “change better and quicker”, in turn making the company stronger.

In order to return to its former success, HTC says it will reduce its tablet output to focus on its new smartphones, with the company expected to introduce a new range of quad-core handsets at this year’s Mobile World Congress expo in Barcelona.

Read next: O2 leaves 3,000 employees to their own devices, launches a major remote-working pilot