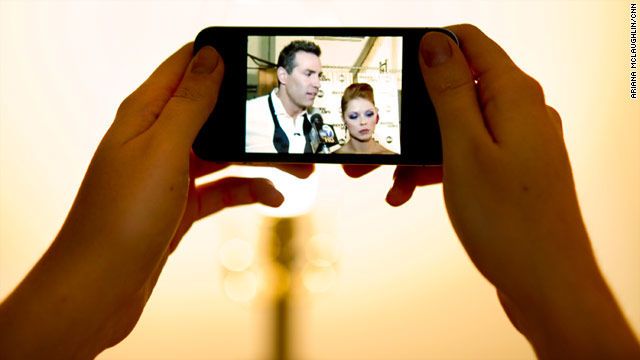 It’s well known that Android is catching up to iOS in market share, even if Apple is now the world’s leading smartphone manufacturer. But what’s interesting are the results that we see happening because of the shift. Vid.ly, the video platform owned by Encoding.com, is one of the largest providers of mobile video on the Internet. The numbers that the company have seen are surprising.

As TechCrunch noted on Monday, the Android to iOS gap is closing. But what’s more interesting to note are the actual numbers that Encoding.com found via the Vid.ly service. Here’s the 2011 breakdown:

That Other category went from a mere 8.9% share in Q1 to 35.4% in Q4. We’re going to take a guess and say that Nokia, BlackBerry and Linux don’t make up the lion’s share of this percentage. In fact, the only notable addition to the market in 2011 was that of Windows Phone.

It would be easy to look at those facts and say that Windows Phone users are obviously gobbling up market share and video views, but the hard facts would speak otherwise. As TNW’s Alex Wilhelm noted in December, comScore mobile market share numbers showed Windows Phone actually dropping, landing at a paltry 5% of total market share for the final quarter of 2011.

So the mystery lives on. Without further, granular detail from Vid.ly, we can’t surmise exactly what caused that massive jump in the “Other” category. It’s safe to say that at least a good portion of it belongs to Windows Phone, but exactly how much remains to be seen.

Read next: Vice President Joe Biden set to do his first ever Twitter interview tomorrow